Few weeks after the beginning of the pilot activity in Palestine, the DECOST project has reached a new milestone: the community composting pilot in Jordan started this July at Al Saru Municipality, becoming the third country in which the project is already operational.

A public meeting was hold in the Sama Rusan Sport and Cultural Club of Al Saru, to distribute the composters and other accessories to the participants who will be in charge of the composting sites. The meeting was presided by the Governor of Bani Kinana District, Dr. Mekhlid Alfawwaz. According to the sanitary restrictions it was not allowed to gather more than 40 people at the same time. 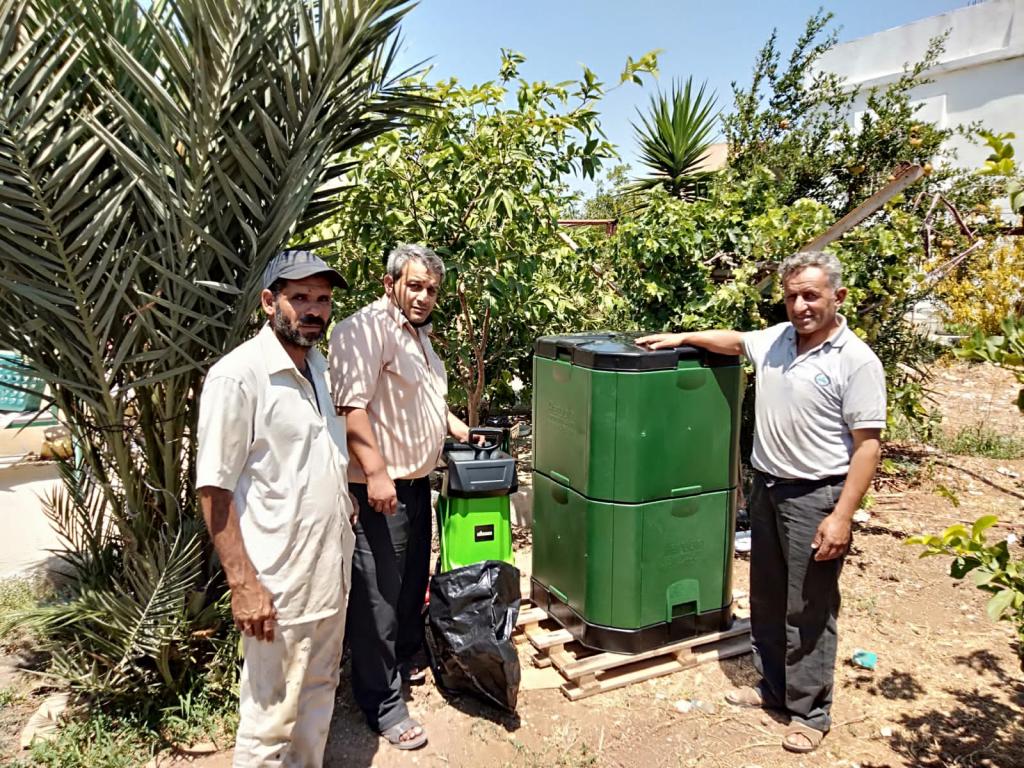 Mrs. Eng. Nashrawan Al-Damin, Director of Development, gave a speech about the problems and challenges which is facing the Municipality in relation to the management of urban wastes. She expressed big appreciation and thanked the EU and the ENI CBC MED and DECOST consortium for implementing the project in Al-Saru. She also expressed readiness to provide all possible technical and logistic support to the DECOST team to ensure a successful implementation of the project.

Then Prof. Munir Rusan, from the Jordan University of Science and Technology and main responsible of DECOST project in Jordan, introduced the objectives and the activities of the project. He also introduced the most relevant technical aspects of the Jordanian pilot, which is expected to create 70 new composting sites along the Municipality. Dr. Rusan announced that the DECOST pilot implemented in Al-Saru is the first of its kind in Jordan, combining home and community composting and creating links with urban agriculture development. He also expressed his appreciation to all participants and called for collaboration to successfully implement the project.