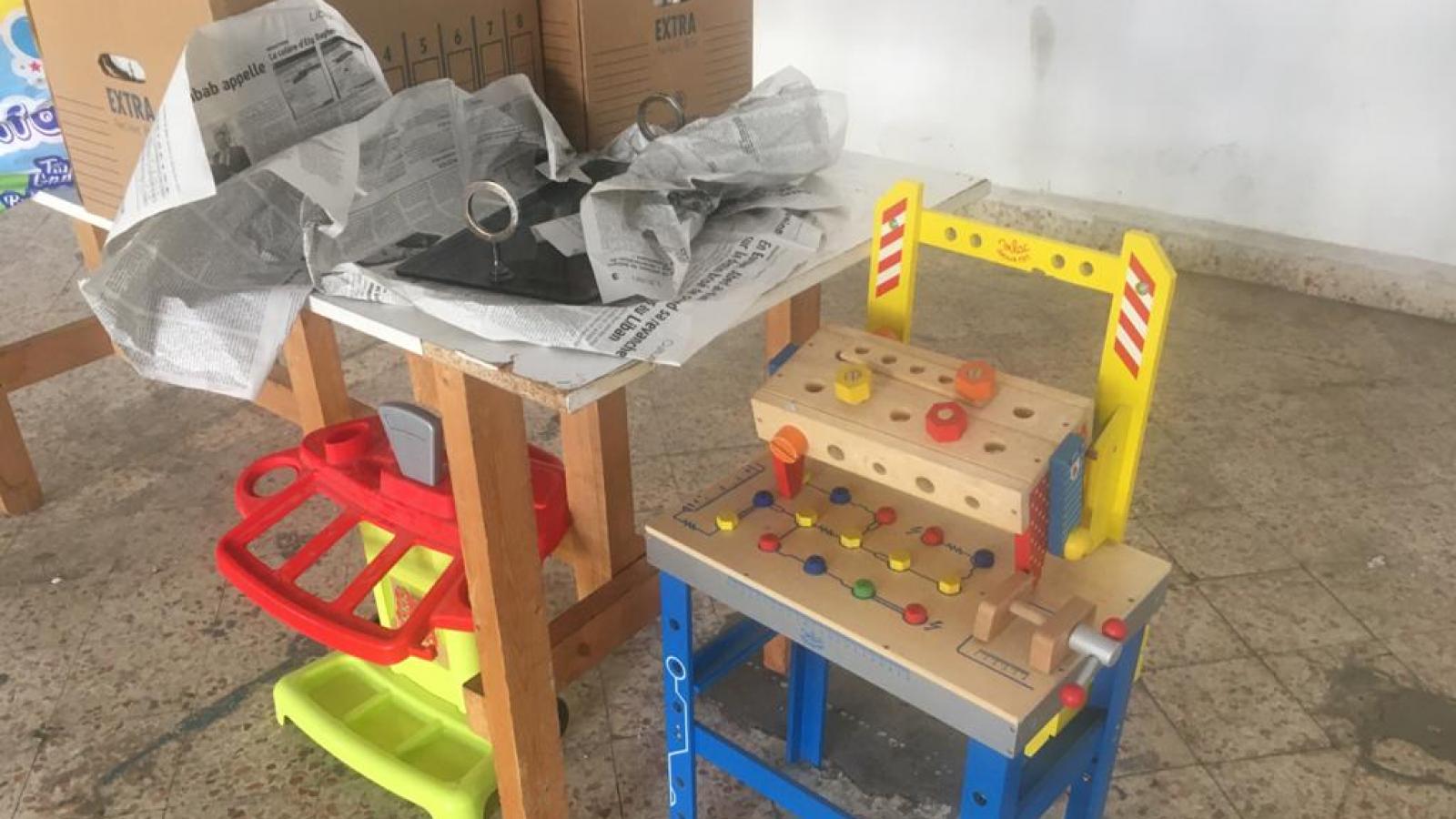 This year is not like any other previous year in Lebanon, besides the pandemic that has been surrounding the world, Lebanon is facing a one of a kind economical crisis that has forced many hard working people to go below the poverty line! The difference between the local currency and the dollar rates made simple items unreachable for the majority of the citizens, the prices of daily essential products sky rocketed, leaving most of the population unable to purchase their basic needs.

September is the month when most parents start preparing for the back to school event, buying clothes, books and shoes. This simple act became difficult, as parents are overwhelmed with their daily spendings on food per example, power generator bills or fuel which are very high.

Bickfaya Municipality, which is one of CLIMA project partners, is also a Lebanese village that is similar to other Lebanese villages where citizens are suffering, has its own waste sorting facility. The workers have noticed an increase in the quantities of clothes, toys and books that are being sent to the facility.

In an effort not to let anything go to waste especially during these difficult times, the municipality of Bickfaya launched a clothes/toys and books donation event from Tuesday 14th up to Saturday the 18th of September at the public garden of Bickfaya. The idea of this event was developed for multiple reasons, mainly environmental but not forgetting the economical aspect that is taking a toll on all the Lebanese citizens.

However, unlike previous donation events, the participation was a bit shy, 9 people came forward to donate their old belongings of clothes, book and toys. Mainly the lack of participation was due to the shortage in fuel, and the many struggles people are facing. Donations received will be distributed to the needy people that are already registered at the local church.

Similar events will take place as the situation in Lebanon gets a little better.