Europe Day: ENI CBC Med organizes event to highlight voices of young people on the future of Europe and the Mediterranean 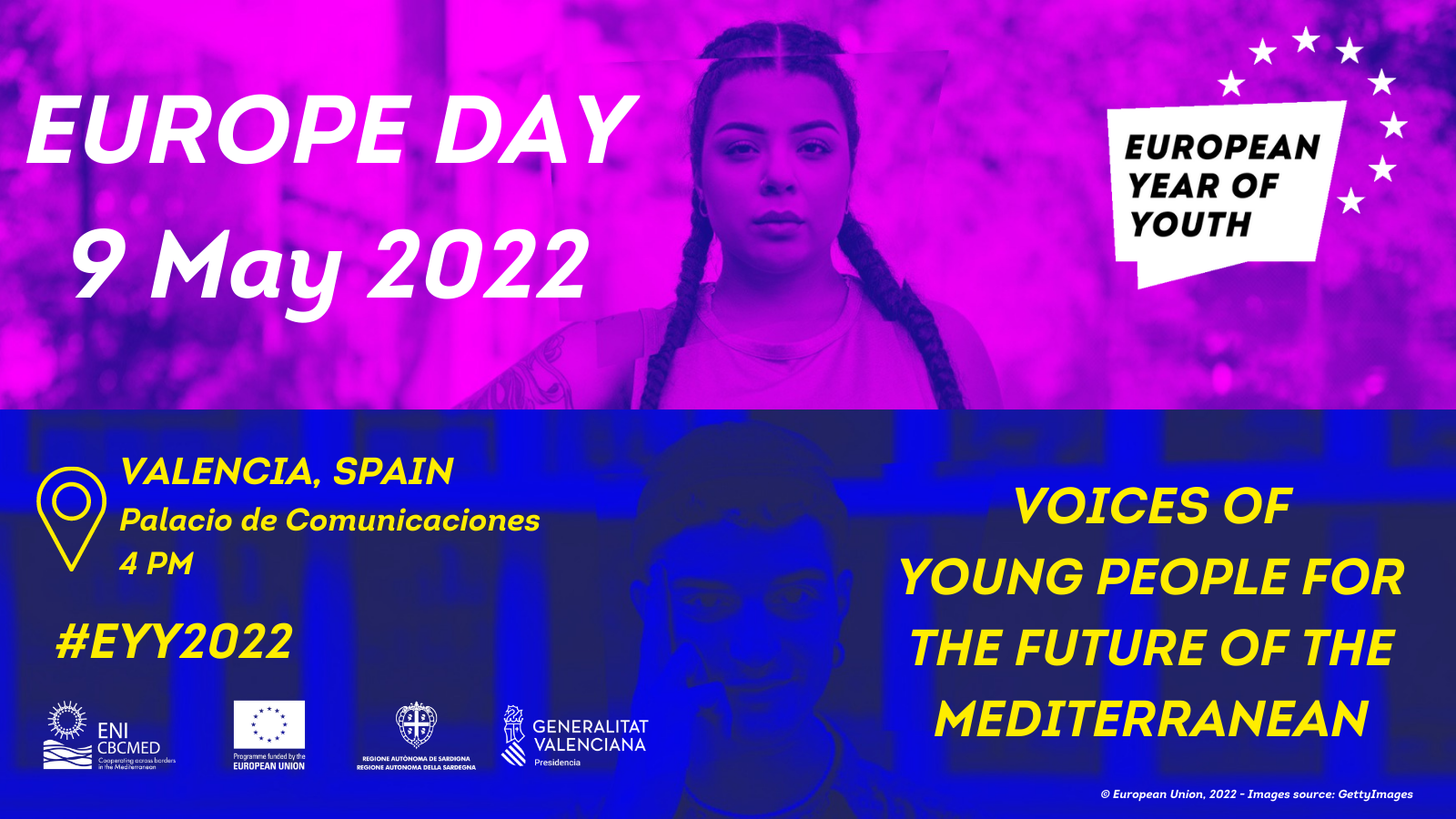 On 9th of May 2022 to mark the celebrations of the Europe Day, the ENI CBC Med Programme is organizing a special event in Valencia, Spain which will feature young people from the Mediterranean. During the discussion, they will have the opportunity to debate about the challenges they face as young people and to exchange their ideas and vision about the future of Europe and the Mediterranean. The main objective is to highlight the views and hopes of youth over a broad range of common issues – including climate change, energy, employment, etc.

The event has been included in the activities supported under the European Year of Youth, the campaign promoted by the European Union to shine a light on the importance of (European) youth to build a better future – greener, more inclusive and digital – and make their voices and concerns heard.

Interested persons can join the event in person on Monday 9th May at 4PM (Spanish Time) at the Palacio de Comunicaciones of Valencia (Spain). Though the event is mainly targeting young people, anyone is welcome to attend. For logistics reasons, please make sure that you register previously by using the following link:

REGISTER TO THE EVENT

For further information, do not hesitate to contact the ENI CBC Med Branch Office for the Western Mediterranean (Valencia) by writing an email to Mr. Alejandro Lafarga: lafarga_ale@gva.es

About the Europe Day
Each year on the 9th of May, the Europe Day is celebrated across Europe and beyond to mark the anniversary of the 1950 Schuman Declaration, which is considered to be the beginning of what is now the European Union (EU).