CROSSDEV: A Walk with the Experts in Jabal Moussa Reserve, Lebanon 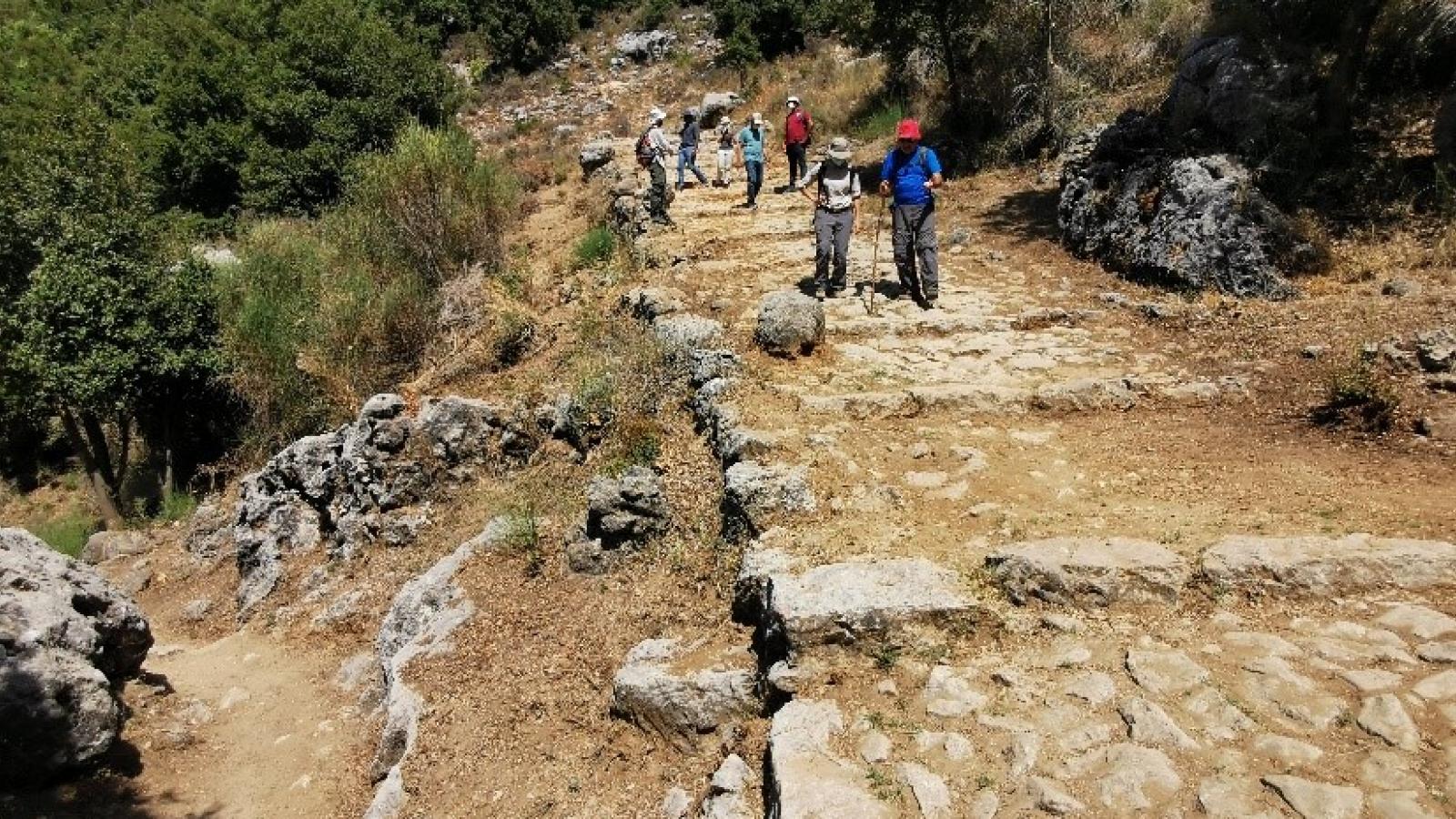 As a result of the significant work progress in Jabal Moussa Biosphere Reserve (Lebanon), CROSSDEV partner the Association for the Protection of Jabal Moussa invited on Thursday September 17th 2020, public figures, representatives of local authorities and public institutions on a walk with expert archaeologists and architects, to showcase the excavation and rehabilitation works that are taking place in “Qornet el Deir” and the “Roman stairs” sites, while COVID-19 health measures were taken into consideration. 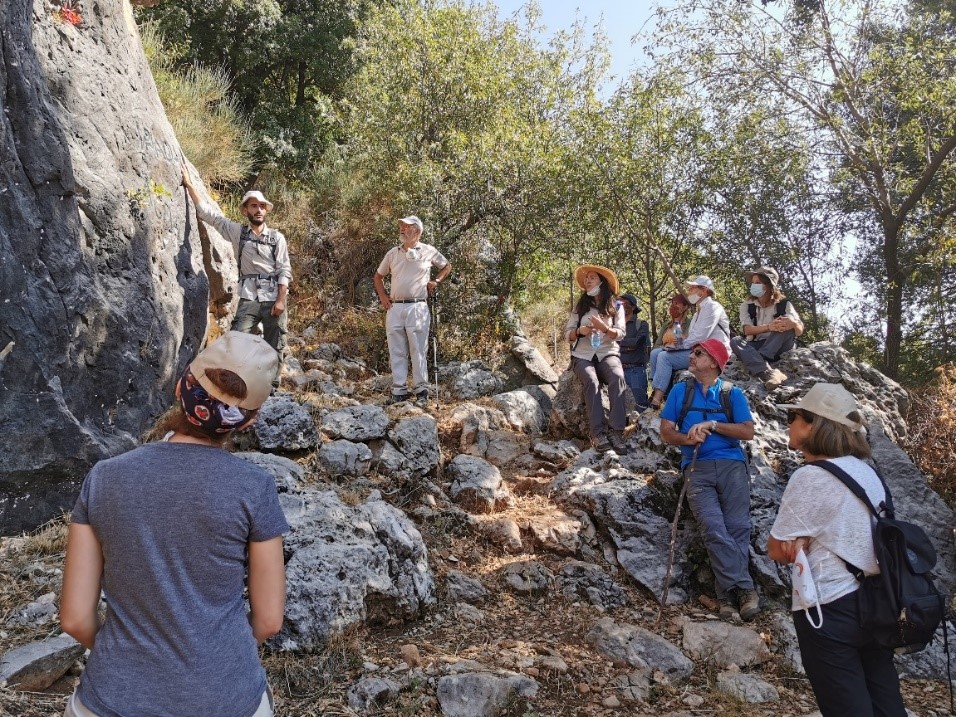 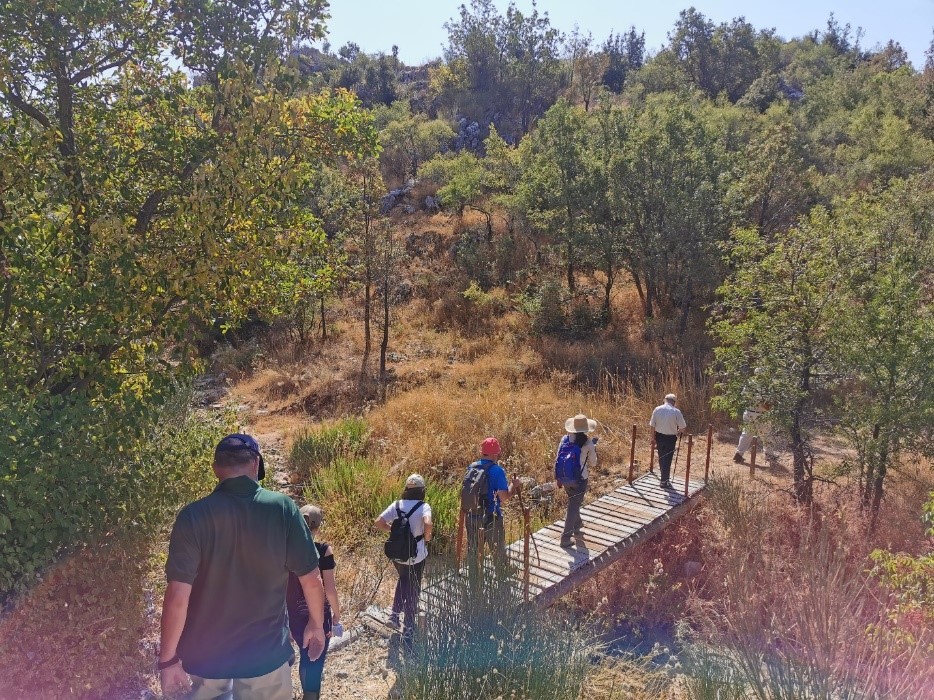 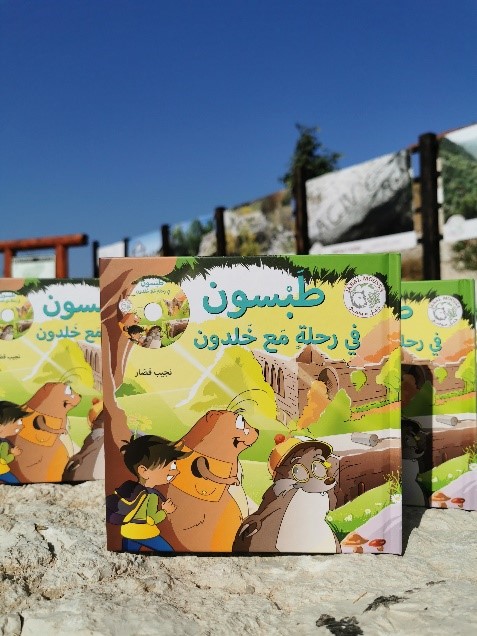 At the welcoming in Qehmez entrance, “premiere” copies of the newly published children’s book “Tabsoun on an Archeological Journey”, the third book of Tabsoun series co-funded by CROSSDEV and AFCP projects, were distributed to the invitees directly after Pierre Doumet, APJM President, explained the concept of the UNESCO Man and Biosphere Reserve Program, that reconciles conservation with development, while integrating research.

Then, CROSSDEV Project Manager Joelle Barakat talked about the importance of archaeology and rehabilitation works in enhancing the value of the cultural sites and their attractiveness.

The more we expand our knowledge of the sites, and improve their state, the more we are able to attract visitors to those sites. That’s how those sites can further contribute to local development.
Joelle Barakat
CROSSDEV Project Manager for APJM

The walk started at Qehmez entrance, damaged by earlier clandestine works. “Today, APJM is looking at successfully rehabilitating this site, and part of this effort will be a reforestation campaign backed by the CROSSDEV project this autumn” explained Roula Mezher, Agriculture Engineer at APJM.

Then, everyone hiked towards Qornet el Deir, an archaeological site where archeological excavations have taken place, in collaboration with the Directorate General of Antiquities, in the month of August, despite the uncertainties locally and globally.

The excavations, funded by CROSSDEV project, were described as “pioneer” by Professor of Archaeology Dr Hermann Genz, who explains that “from a point of archaeology, we know very little about the mountains of Lebanon”. 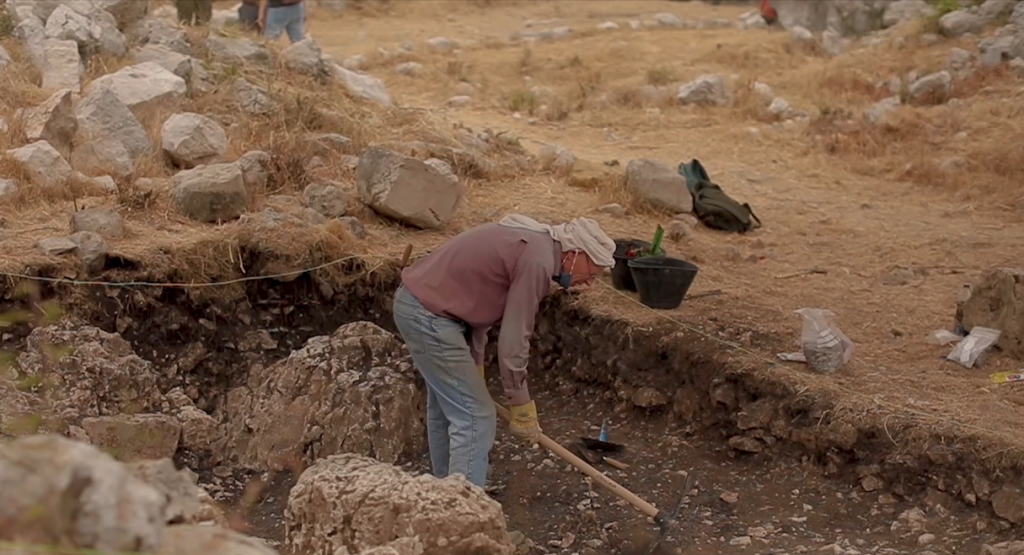 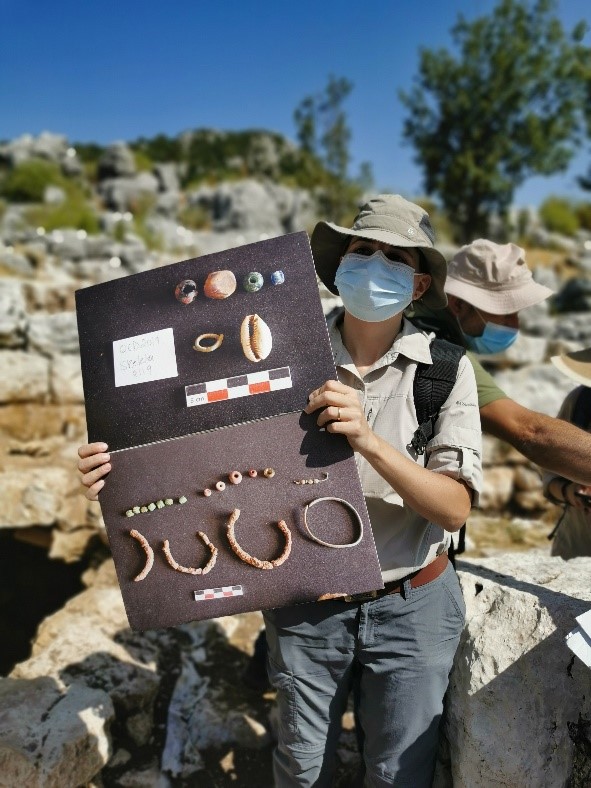 Archaeologist Metoda Peršin, co-director of the excavations, explained that “the first traces of the occupation of the site date back to the Middle Bronze Age, which is about 4,000 years ago!” She explained that the main activity was probably that of production during the Middle Bronze Age and Roman periods. In the Middle Bronze Age, she imagined inhabitants of Qornet el Deir producing resin, packing and transporting it in big storage jars to the coast, “and from there to Egypt where they needed quite a lot of it for mummification”.
The attendees were surprised about the cultural wealth of culture this particular hill holds. The road from Qornet Ed Deir invites you down towards the Roman Stairs. There has been rehabilitation and conservation works at this site for the past couple of months, under the supervision of architect/archaeologist Dr Yasmine Makaroun, and the architect Joe Kallas.

Joe explained to the attendees the clearing techniques, based on local labor, and the surprising results: “The more we clear, the wider and longer the stairs get!”

Last but not least, since the list of invitees was short due to COVID-19 limitations, APJM team along with COMFU team, specialized in digital marketing, worked on a short documentary to inform the public of the recent findings and works taking place in Qornet ed Deir and the Roman Stairs.