COMMON project: let's start to Clean Up The Med! 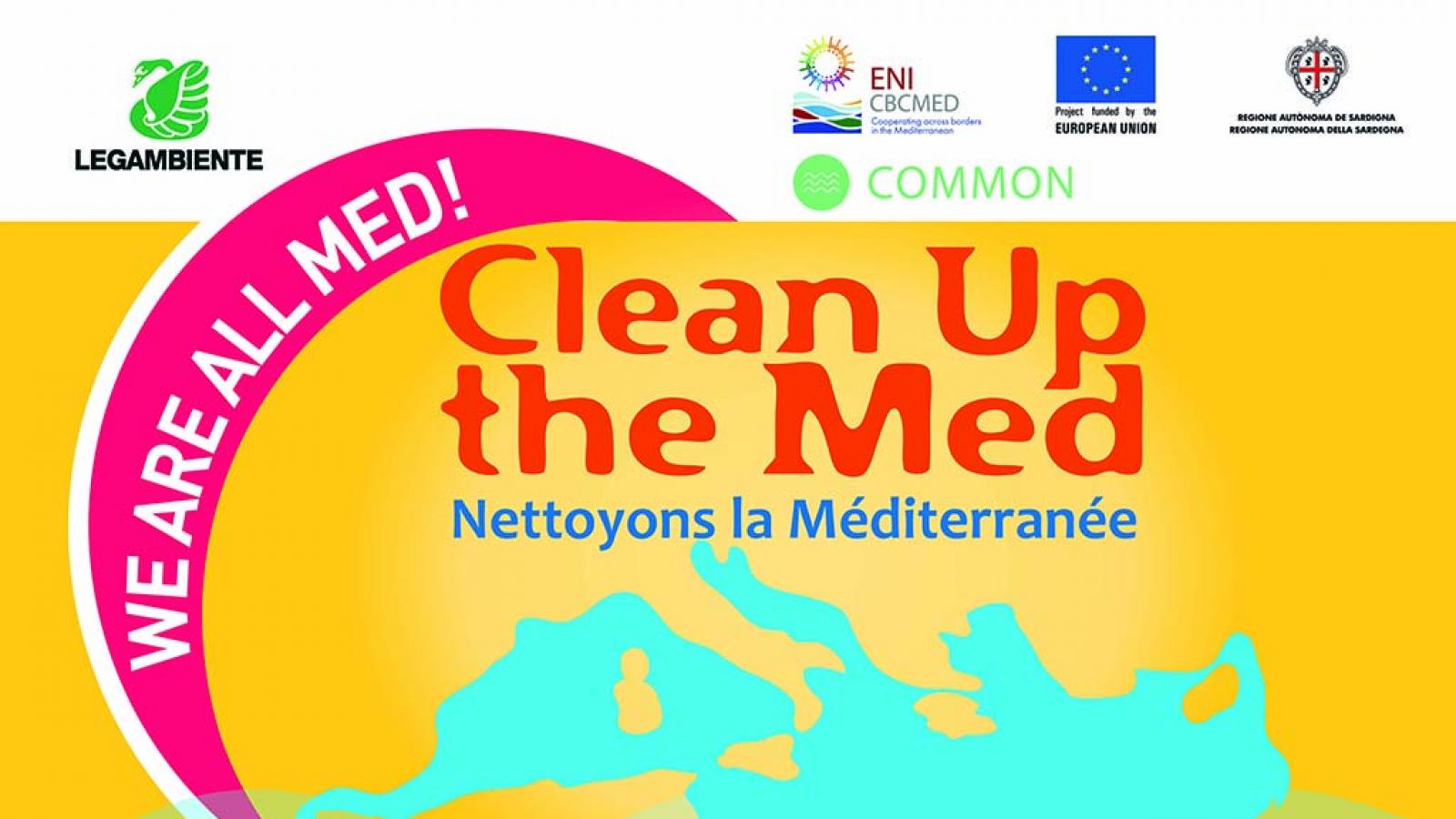 Mare Nostrum beaches are glorious; they are known for their remarkable beauty, a unique cultural heritage, and exceptional biodiversity. But they have their downside: plastic litter.
To date, many studies have shown that the contamination of the Mediterranean Sea is extremely serious, and the impact of plastic waste is critical, posing environmental, economic, health and aesthetic problems. However, despite all the efforts, the plastic we found and keep finding on beaches is only 5% of the total marine plastic litter, the remaining 95% lies on the sea bottom.
For this goal, the Clean Up The Med campaign, promoted for the third year by the Eni CBC Med Programme-funded COMMON (COastal Management and Monitoring Network for tackling marine litter in Mediterranean sea) European project, unites the Mediterranean countries.
People of different cultures – from Algeria to France, Greece to Malta, Portugal to Palestine – thousands of volunteers armed with bags and gloves, gather to clean-up beaches and natural sites, and fight for a cleaner sea.
The campaign returns on 13th of May, for a mobilization weekend that will involve associations, universities, municipalities, public bodies, schools, and citizens.
Over the past three years, the campaign has brought together 20 Mediterranean countries, with more than 150 organizations and around 6.000 volunteers.
This year, 93 organizations from 17 countries have already joined the initiative: Italy, France, Spain, Algeria, Lebanon, Tunisia, Egypt, Croatia, Cyprus, Morocco, Malta, Turkey, Libya, Greece, Israel, Portugal, and Jordan.
In addition to the physical removal of waste, the campaign aims to raise awareness in the community, restore cleaner beaches, coasts, and reefs, and monitor the health of the Mediterranean coasts. The campaign will take place in complete safety, a sign that the fight for a cleaner planet is a priority without borders.
Marine litter is a notorious concern. Every year, more than 8 tonnes of waste – of which over 80% is plastic – end up in the Mediterranean seas: from bottle caps to toys, cotton buds to bags. Human activities and poor waste management on land are, as is now known to most, among the main causes of stranded waste.
According to a 2022 study on microplastics pollution, the Mediterranean Sea is a marine environment with one of the highest levels of plastic pollution worldwide, as was to be expected for a semi-enclosed sea surrounded by a vibrant coastline with few outlets.
In that context, it has recently been estimated that the Mediterranean Sea receives between 150 and 610 thousand tonnes of plastics each year (average 229 thousand tonnes), 94% of which is microplastic debris and 6% microplastics.
Marine litter monitoring is an important tool of Clean Up the Med. That’s why we call for the contribution of all associations involved in the event to understand the level of diffusion of plastic waste along shores. This is crucial to address common policies to reduce the impact of plastic pollution.
Cleaning up the Mediterranean coastline has never been more important.