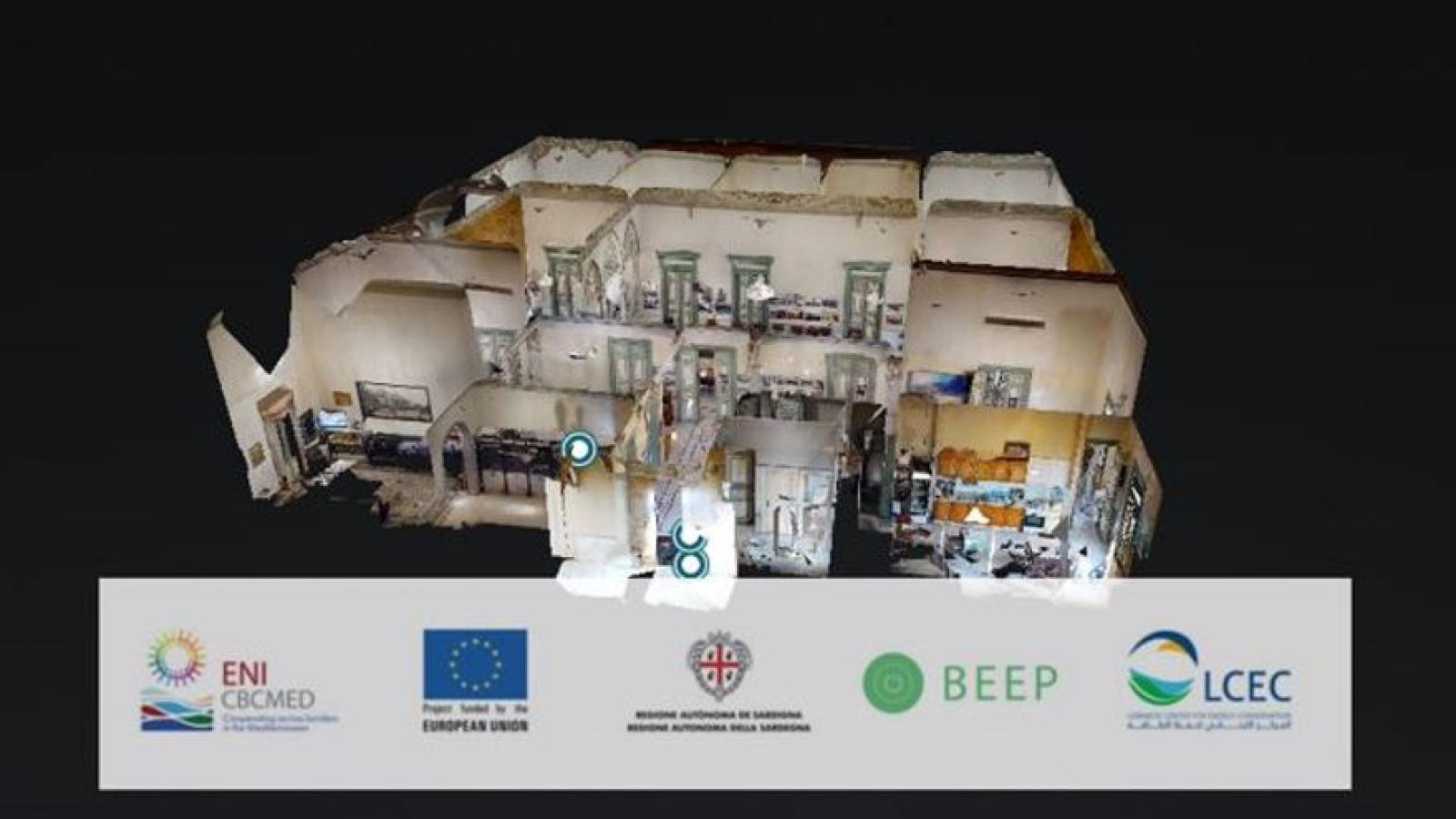 The Rachid Karami Cultural Center located in the municipality of Tripoli (Lebanon) is one of the case studies of the BEEP project. To virtually visit this Lebanese heritage building click here: https://vt.xyz-lb.com/show/?m=7iLqDXrtVev

It was first a fancy residence for the family of Cesar Nawfal, a notable citizen of the city of Tripoli.  At a later stage, Cesar Nawfal left the country and offered his house to the municipality of Tripoli. This is when it was turned into an archival library accessible to the public, named as the Rashid Karami Cultural Center of Tripoli. It was constructed in 1898.

The ceiling is mostly made from wood planks and ornamented with gypsum moldings and paintings. The floor is made of Carrara marble imported from Italy. Windows, doors, and door lintels are made of wood which is as well used in beams forming the triangular roof structure. Marble columns were used in the Main Hall and at the west side balcony to support the arches.

This 3D tour is the result of the geometric survey accomplished as the main step in the innovative methodology suggested in the BEEP project. It allowed to better understand the historical aspect of the building and to suggest energy efficient intervention scenarios while respecting this aspect.

Changing single glazing to double glazing or installing films on existing windows would allow to reduce the buildings cooling and heating demands. As for the equipment, it was noticed that the lighting constitutes around 59% of the total electricity consumption. Thus, the scenarios include the replacement of conventional lamps with LED ones and the reparation of the existing HVAC system. Adding a solar PV system to ensure electricity generation from a renewable energy source is considered as well.

These scenarios were integrated in the energy simulation software after creating the BIM for the building. The short-term scenario included three simultaneous measures: Installing window films on the existing windows, replacement of fluorescent lamps with LED lamps and adding PV Panels. As per the simulation results, the energy savings are about 29% where the total annual electricity generated by the PV panels is greater than the electricity consumed during the year.

On the other hand, the long-term scenario including windows replacement simulated at the Rachid Karami Cultural Center showed negligible savings. The first conclusions suggest to replace the lighting, add films on the windows and a Solar PV system. In addition, ensuring green procurement strategies to reduce the energy consumption of the electrical equipment is recommended since they constitute around 37% of the total electricity consumption in the building.

About the BEEP project:
BEEP project aims at strengthening the use of Building Information Modelling (BIM) to enhance energy efficiency in buildings. The testing of this emerging technology on built heritage will be performed to demonstrate its scalability to the entire building stock. The project will provide public administrations with a powerful method for the energy rehabilitation of public buildings to be supported with private funds through the Energy Performance Contracting (*). The project main outcome will be an innovative methodology based on the integration of emerging technologies tested on 9 heritage public buildings located in Italy, Spain, Cyprus, Jordan, Palestine, Lebanon, and Egypt.