Discover the Med Pearls destinations: Castiglione di Sicilia, a beautiful slow village in the heart of the Etna Regional Park 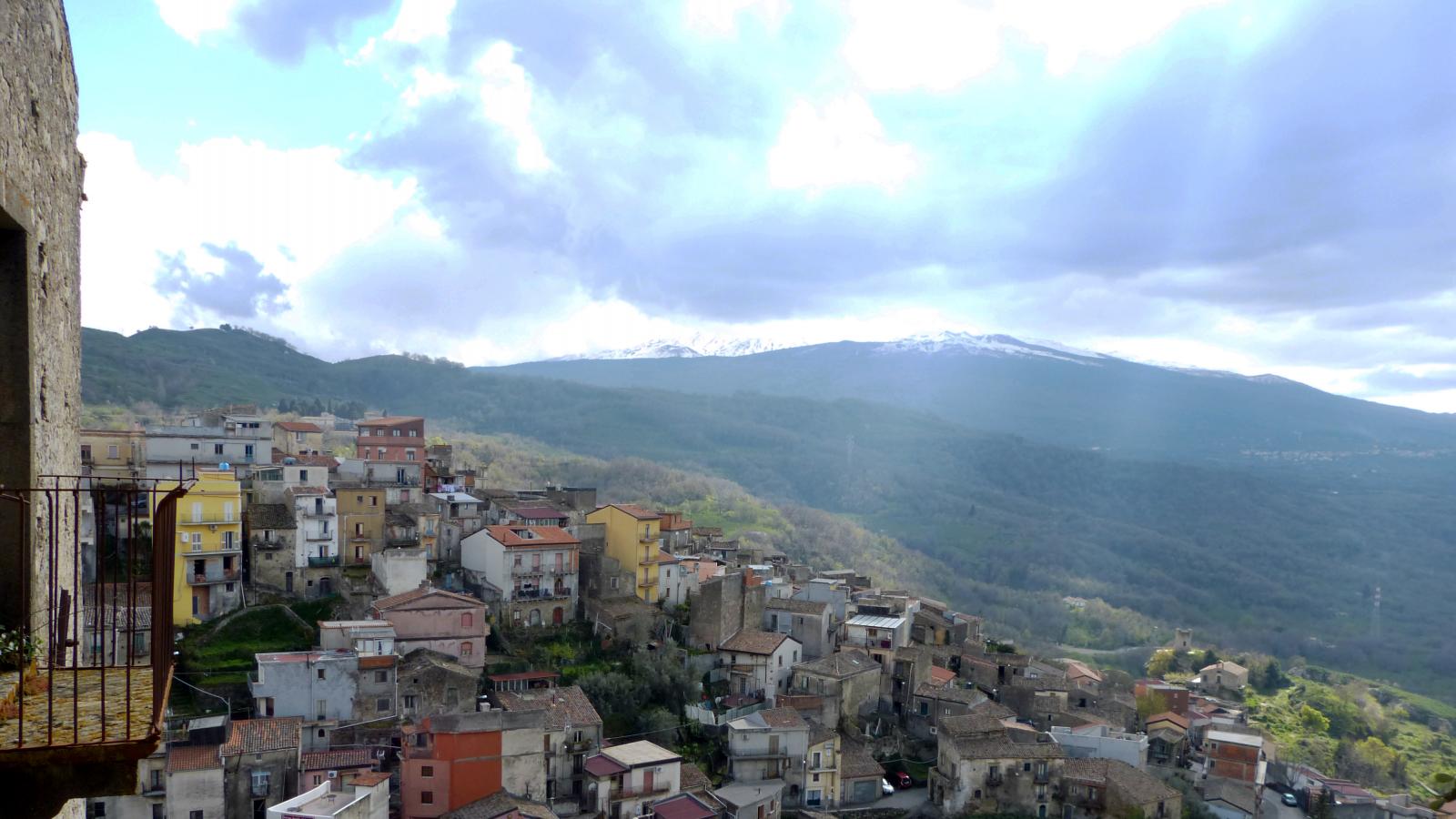 Castiglione di Sicilia is a village of 3k inhabitants between the Etna Volcano Regional Park and the Valley of the Alcantara River, a real pearl of the Mediterranean. It is located in the north-eastern area of Sicily, in the side of the island with the highest mountains like the volcano Etna and the the mountain ranges of Monti Peloritani and Monti Nebrodi. Extremely rich in forests, this part of Sicily amazes for its mix of landscapes, cultures and traditions. There are Greek and Roman remains, Arab, Byzantine and Norman testimonies, and architectural styles from classicism to baroque. From a naturalistic point of view, the enchanting Mediterranean scrub of the idyllic coastal stretches is transformed into the sublime wooded landscapes of the interior.

The medieval town of Castiglione di Sicilia, is a village of volcanic origin which boasts an important historical and artistic heritage. Named "quastallum" (the castle) by an Arab geographer, Castiglione di Sicilia was first dominated by the Arabs and then became a royal city of the Normans and the Swabians. The Castle of Ruggero di Lauria, that dominates the inhabited area, was born as a defensive fortress of the city. Built on the sandstone rock, and surrounded by high defensive walls, the castle constituted a perfect military defense both in the hinterland and in all the rest of the Alcantara Valley. From the highest point of its heights it is possible to enjoy a wonderful panoramic view of the entire valley and to distinguish some of the small villages that are part of it. Its dominion at the time were absolute. It incorporated in its structural complex two fortifications: the "castelluzzo" and the "castel grande". Of the first one, there are only the remains of the tower, and of the second one, part of the bell tower and some ruins of the walls. 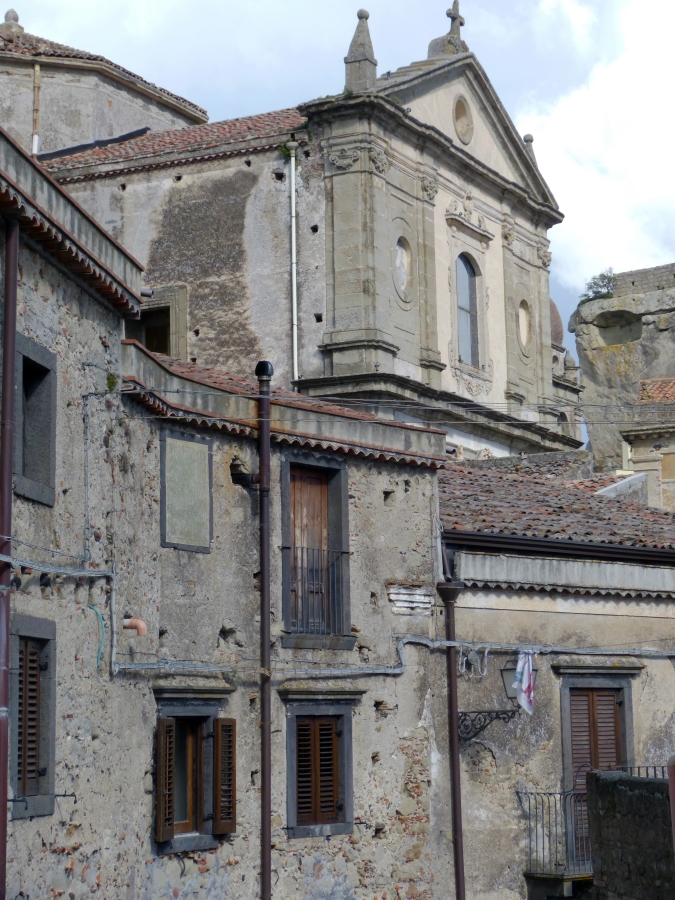 Castiglione di Sicilia is linked to the medieval period not only for the presence of the castle, but also for the narrow streets that characterize it. The alleys with their stairways are the soul of the medieval village, and the palaces set in stone, churches, castles and cisterns are jealously guarded as rare gems by the tenacious temper of its inhabitants. Here the traveler enjoys the smell of mint and basil, the scents of fine wines and oils, the scent of jasmine that chases the quiet of the early afternoon, and the view of the waters of the Alcantara River with its prisms of raven magma that trap the eye.
The village is rich in works of art, especially churches such as the seventeenth-century Church of Sant'Antonio Abate, embellished by a bell tower with an unusual bulbous dome, and the Basilica of the Madonna della Catena, which houses many precious artistic masterpieces. Nearby there is also a Byzantine construction, among the very few still existing in Sicily, called Cuba of Santa Domenica. The Cuba of Castiglione di Sicilia has a Greek cross plan, dome and three apses. Built with stone, lava blocks, mortar and terracotta, it was rich in frescoes that are now lost. Santa Domenica Cuba has been a national monument since August 31, 1909.

The vision of the Etna Volcano accompanies the walk through the streets of Castiglione di Sicilia. Etna is in fact the highest active volcano in Europe and a unique natural reserve in the world, with spectacular eruptions of gas and lapilli that can reach 5 km in height. The erupted volcanic sand falls on the piedmont villages like snow, covering the whole landscape with a grey mantle. Violent eruptions in past decades have allowed the wind to transport this volcanic ash as far as Africa. The Etna Regional Park is the habitat of many animal species such as porcupines, foxes and the Etna wildcat; it is also home to a flora which includes chestnut trees, olive trees, beech trees, birch trees and the yellow broom of Etna which creates a striking contrast with the black lava stone. Furthermore, the volcano offers numerous trails, many of which lead to the Silvestri Craters. From here you can admire a breathtaking view, which extends from the Ionian Sea to the Aeolian Islands and Calabria. There are several possibilities for guided tours through marked trails that can be traveled on foot and by means such as bicycles, cable cars, horseback, etc. And in winter, Etna becomes a renowned ski destination. The ski resort of Piano Provenzana located a few minutes away from Castiglione di Sicilia is a magical and fascinating place that combines the beauty of the typical alpine landscape with the marine one. In fact, from its heights it is possible to admire a 360° view of a landscape ranging from the mountains to the sea. 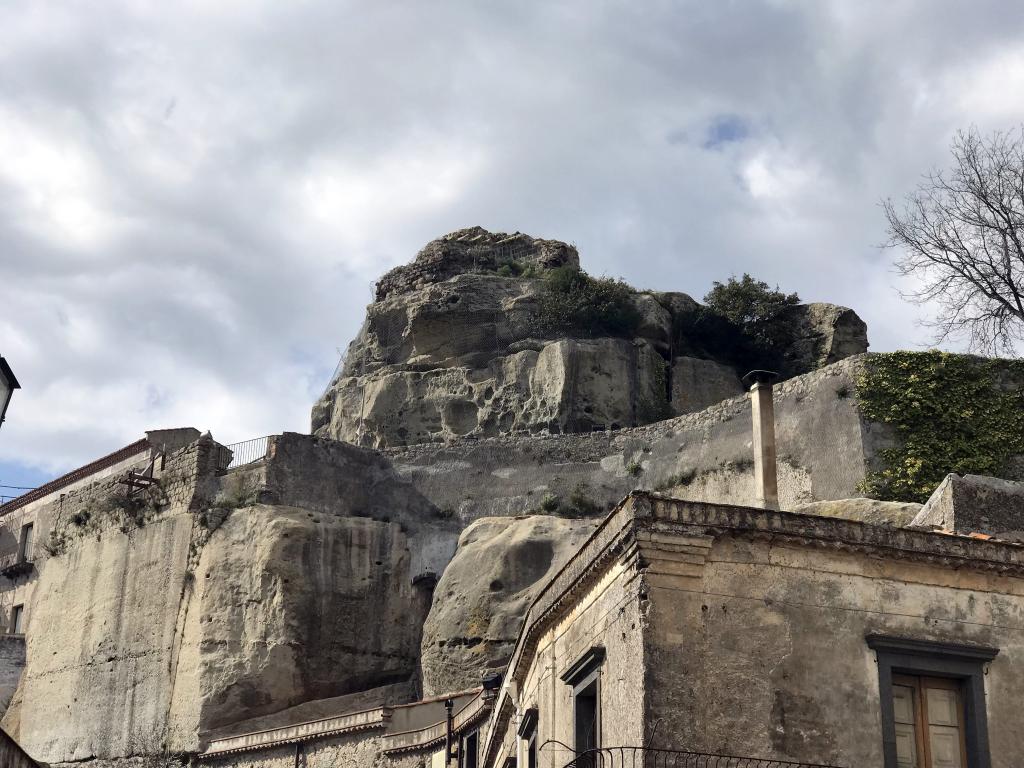 Last but not least, concerning enogastronomy, Castiglione di Sicilia and the Etna Park are home to many rural companies known all over the world for the cultivation of various products such as apples, strawberries, broccoli, broad beans, artichokes, and fennel. Some other productions have a character of excellence like prickly pears, cherries, "tabacchiere" peaches, almonds, walnuts and especially pistachios. The latter are produced and processed in the Bronte area west of the Etna, and have obtained the D.O.P. (Denomination of Protected Origin) distingtion. And then there is the quality wine more and more appreciated in the world, coming from the splendid vineyards of Milo, Sant'Alfio, Viagrande, Castiglione di Sicilia, Randazzo, Linguaglossa, Piedimonte Etneo, favored in their growth by the extraordinary fertility of the lava soil. Among cheeses it is worth mentioning ricotta cheese, tuma, provola and the delicious pecorino. Travellers will discover that eastern Sicily boasts countless typical local dishes, one of the most renowned is Pasta alla Norma. This is a tribute to Catanese composer Vincenzo Bellini and his most famous opera. Spaghetti alla Norma are topped with a sauce made from tomatoes, eggplant and salted ricotta cheese. Among meat dishes is recommended the grilled sausage and mutton and the stuffed kid of Randazzo. The southern side of the Park offers tasty porcini mushrooms: in Nicolosi they are roasted on the grill, sautéed or used for first courses. Among the desserts, in addition to the traditional cannoli and cassata, the coffee granita with cream and brioche is a must. Good, fresh and nutritious, the granita is also an excellent breakfast or even a substitute for lunch.

To sump up, if you are looking for a destination with a strong character impregnated by an astonoshing landscape, with plenty of activities to do, a rich culture and a renonwend gastronomy offer, Sicily might be the answer for you. Welcome to Castiglione di Sicilia! 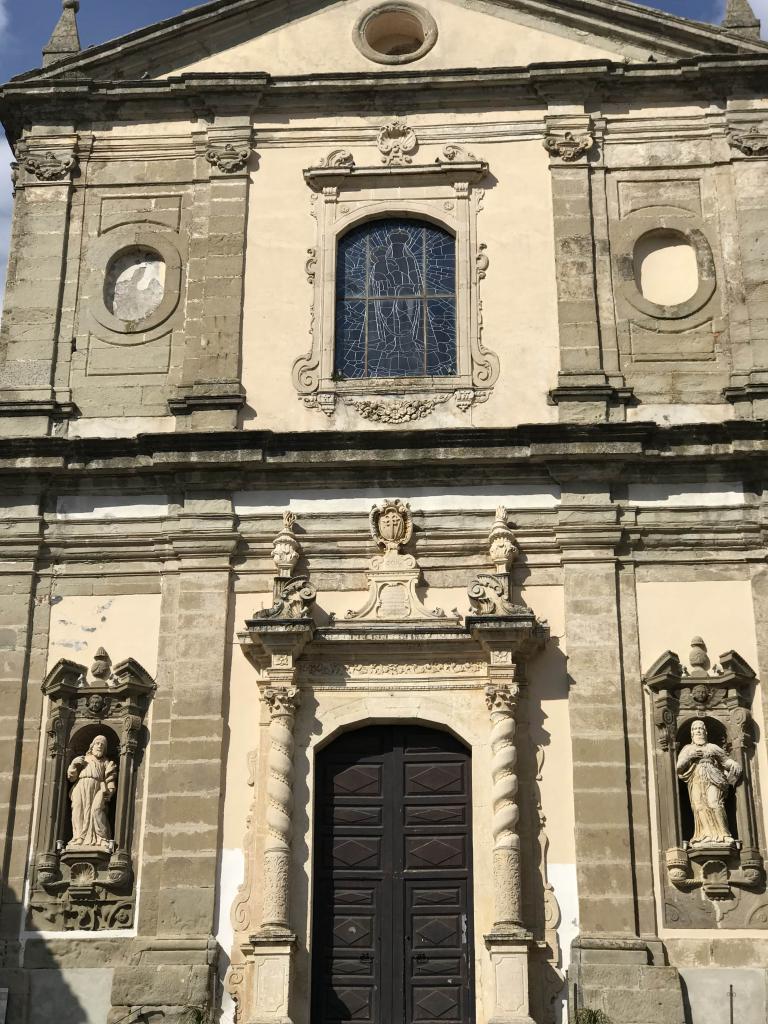