Who murdered the Lebanese governor at Mseilha Castle? MED GAIMS in Lebanon is seeking your help 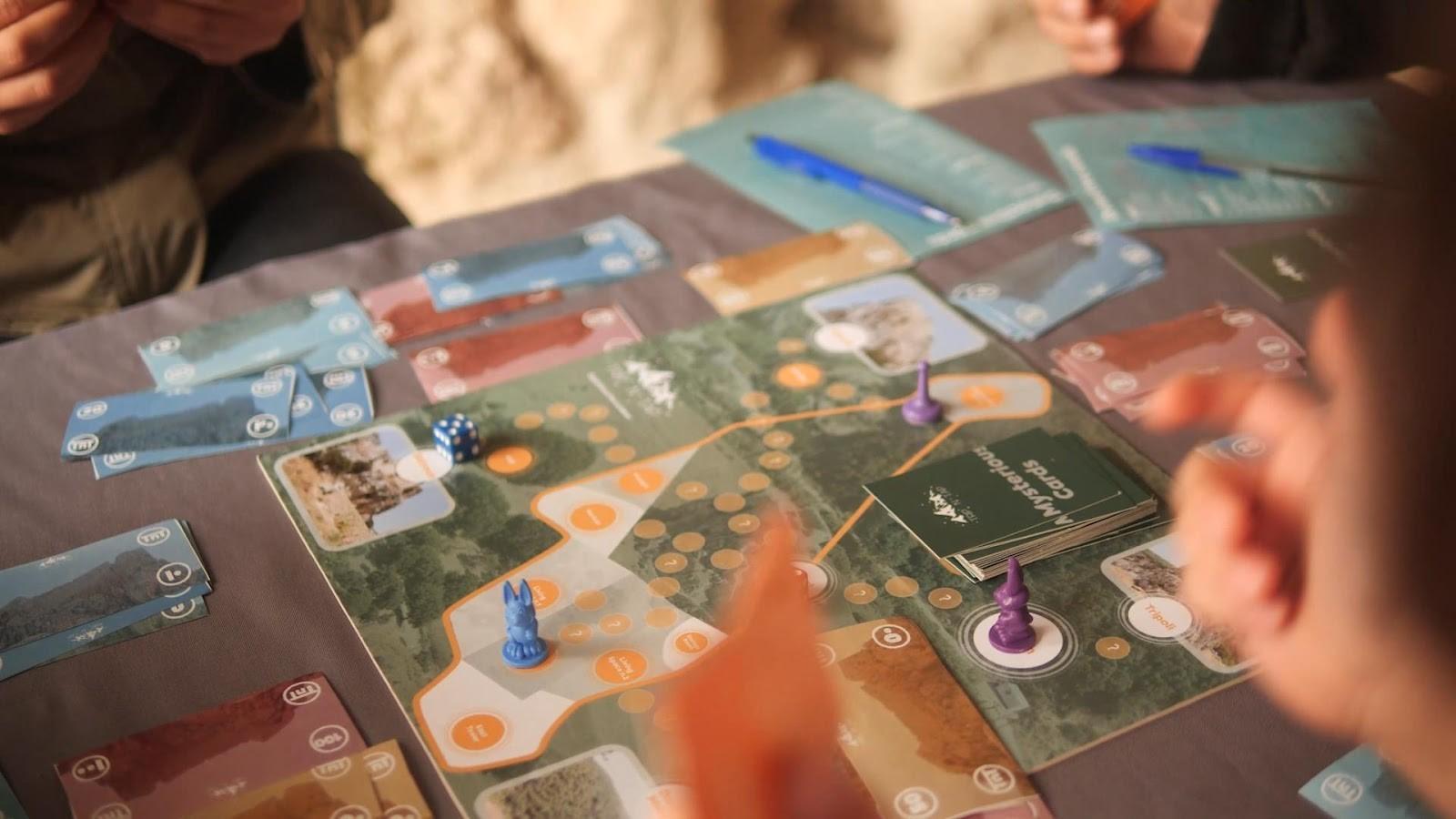 TripnTap is an analog game developed for the Mseilha Castle in the north of Lebanon. This innovative murder mystery game follows an interactive storyline genre where the objective is to determine who murdered the Lebanese governor at Mseilha Castle. Players will need to identify who the murderer is, where the crime took place in the castle, and which weapon was used.

Each player will assume the role of one of the six suspects (guard, chef, etc.) and attempt to solve the mystery by strategically moving around the game board which represents the layout of the rooms of the Mseilha Castle. The player will have to collect clues about the circumstances of the murder from the other players. Players will have limited funds to move around the board and try to solve the puzzle before going bankrupt.

The game requires 3 to 6 players and is appropriate for all ages. The board design represents the layout of Mseilha Castle, and the game elements include historic characters and weapons. While solving the mystery, players will get to learn historic information about the castle, Lebanese history, as well as other touristic locations near the castle.

Next time you visit Mseilha Castle with a group of friends, we recommend you experience the castle in an entirely new way and play the TripnTap board game to solve the mystery of who murdered the Lebanese governor.