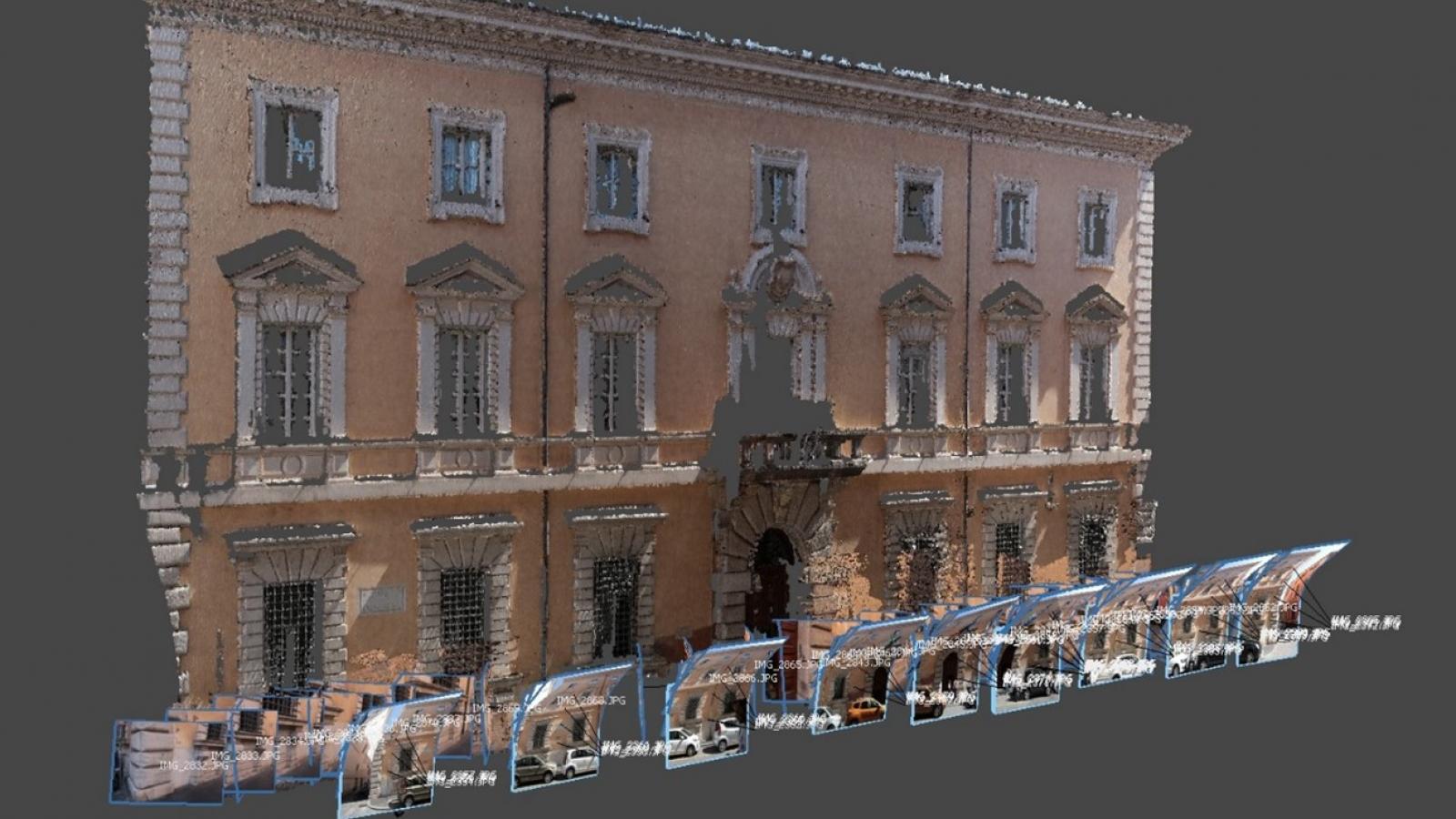 Digital photogrammetry is a methodology that combines geometric data with high quality images. It allows to acquire the shapes of the building with an acceptable accuracy according to the architectural size, giving back geometrical data (x, y, z) and also an excellent colour data (R, G, B);
Differently from the laser scanner, photogrammetry uses cheap tools: it is enough to have a medium level camera and a personal computer; the work is mainly related to the photo-modelling software that allows to build the point cloud from more photos of the same subject.

To create a 3D model, the main working phases are the following:

The final product is a 3D model coloured by photos, therefore able to give back the aesthetic value of the model and suitable for a first analysis of the general conservation state.