AQUACYCLE in news for Murcia region in Spain 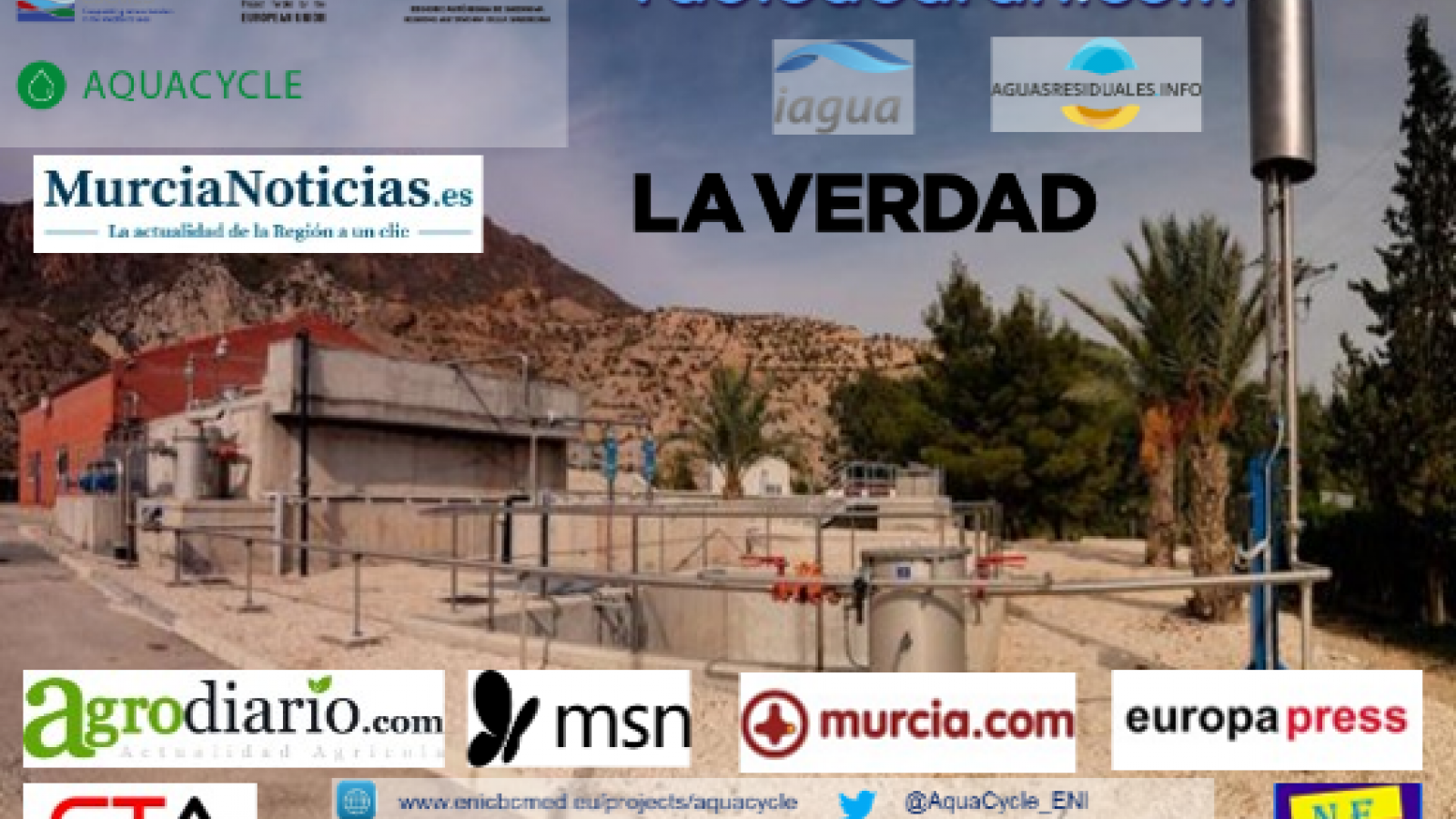 The earlier launch of a tender by the Regional Entity for Wastewater Sanitation and Treatment in Murcia (ESAMUR) in the AQUACYCLE partnership for the construction of two constructed wetlands which will be coupled to the existing anaerobic digestor at the Blanca wastewater treatement facility was picked up the local news media in the Murcia Region of Spain.

No less than 10 local newspaper and a radio channel in the Murcia Region of Spain brought an update AQUACYCLE’s advanced wastewater treatment system. Click on the images below to read up on the coverage (in Spanish).

Below is a translation to English of what appeared in the newspaper La Verdad (The Truth) on Saturday 27 February 2021, with the headline:

This initiative is part of the European AQUACYCLE project to design an eco-innovative technology in the sustainable treatment and reuse of wastewater.

The Community is participating in a European project to develop an advanced purification system through artificial wetlands and solar treatment, which it is developing at the Blanca [wastewater treatment] plant facilities. The managing director of the Regional Entity for Sanitation and Wastewater Treatment (ESAMUR), Ignacio Díaz, stressed that "it is about using conventional eco-efficient treatments to regenerate urban wastewater with minimum operating costs and maximum environmental benefits, applicable to small municipalities, promoting sustainability”.

The Region participates in the AQUACYCLE project, together with Lebanon, Tunisia, Greece, Malta and the Almería Solar Platform, which also intends to take a further step in the purification process to eliminate emerging pollutants, which come from perfume, drugs or personal hygiene products. Although [EU] regulations do not require this level of treatment and regeneration of wastewater, possible solutions are promoted to eradicate its presence in them.

This initiative is promoted and financed by the European Union with an amount of more than 2.8 million euro. The first phase of the process consists of an anaerobic digestion to eliminate a significant part of the incoming pollutant load. Díaz pointed out that "the main advantages of this system include the significant elimination of pollution, around 70 percent, with almost zero energy consumption and low production of sludge, which also produces biogas to generate electricity for self-consumption."

To advance in the treatment and leave the water treated with an optimal quality, artificial wetlands will be used, which reproduce the processes of water treatment in natural spaces.

Finally, it is followed by a solar treatment whose objective is the disinfection of water using solar energy and the elimination of emerging pollutants, obtaining water in perfect condition for reuse in agricultural irrigation or for discharge to the environment, widely exceeding the parameters required in the current legislation.

The project works, which are in the contracting phase, have an execution period of three months, as of their award.