AQUACYCLE: calling for a new vision in Lebanon’s water and sanitation sector 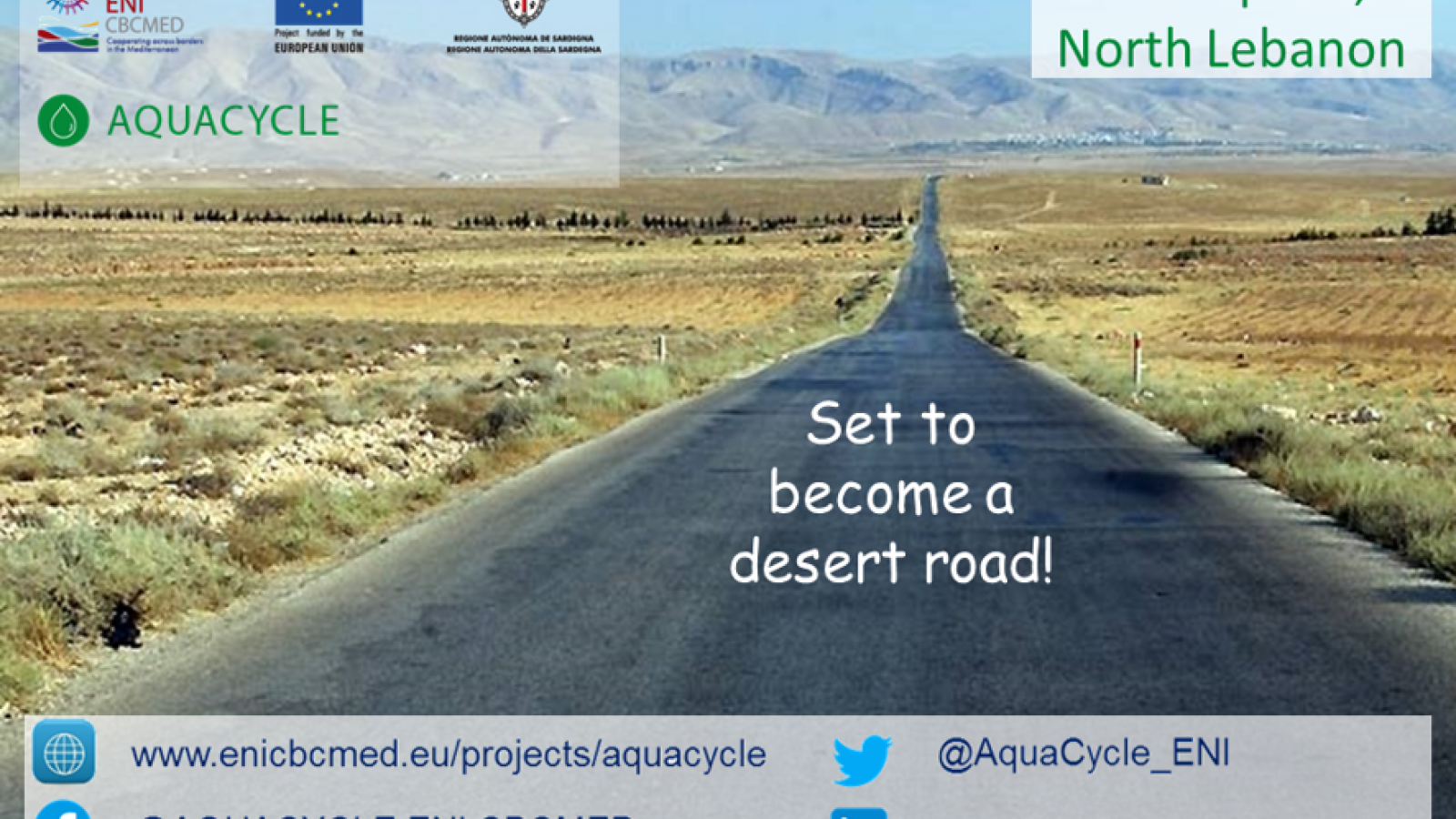 Business as usual is simply not an option in Lebanon’s water and sanitation sector. A large percentage of the rural population such as those living in the Akkar plain in North Lebanon face chronic water shortages. To address the difficulties to obtain water on a daily basis for their agricultural activities, the drilling of illegal artesian wells has become the norm.

The road (pictured above) brings vital access to the rural communities in the Akkar plain, whose livelihood depends on agriculture.

As groundwater is being depleted at an alarming rate, the aspirations of these communities and especially of their children to maintain a sustainable livelihood are looking exceedingly grim. An already dwindling agricultural production is faced with a projected further reduction in rainfall and with higher rates of evaporation as a result of global warming. Water and food security, which are both vital to maintaining their lifestyle, are at risk.

A new vision is therefore called for urgently, which should see the introduction and uptake of quick and efficient measures that will help to build resilience to the impacts of climate change.

The Lebanese University team advocates that such measures should actively consider the use of non-conventional water resources to augment what nature provides. To this effect, they call on all relevant public authorities in Lebanon to come together without further delay to set the appropriate standards and guidelines for the safe reuse of treated wastewater in agriculture.

This call for action surely does not only concern Lebanon but also other regions in the Middle East and North Africa, and in particular low-income communities who are the most vulnerable to the impacts of climate change.

To raise awareness among the general public, the Lebanese University in cooperation with IRMCo, Malta produced an opinion article, entitled “The use of treated wastewater as a solution to address the impacts of climate change in Lebanon and MENA region” which can be downloaded here in English / in French.

We invite you to watch the interviews conducted by the Lebanese University team (with subtitles in English / in French) which bring a testimony of the stark realities faced by the stakeholders in Lebanon’s water and sanitation sector.

The motivation of the AQUACYCLE Partnership to call for a new vision to address the poor sanitation situation in Lebanon is documented in a further video which brings the outcomes of a SWOT analysis of the local governance framework with respect to wastewater treatment and reuse. The SWOT analysis was conducted for each of the 3 regions in Lebanon, Spain and Tunisia, where a low-cost, eco-innovative domestic wastewater treatment system will be demonstrated as part of the upcoming activities.