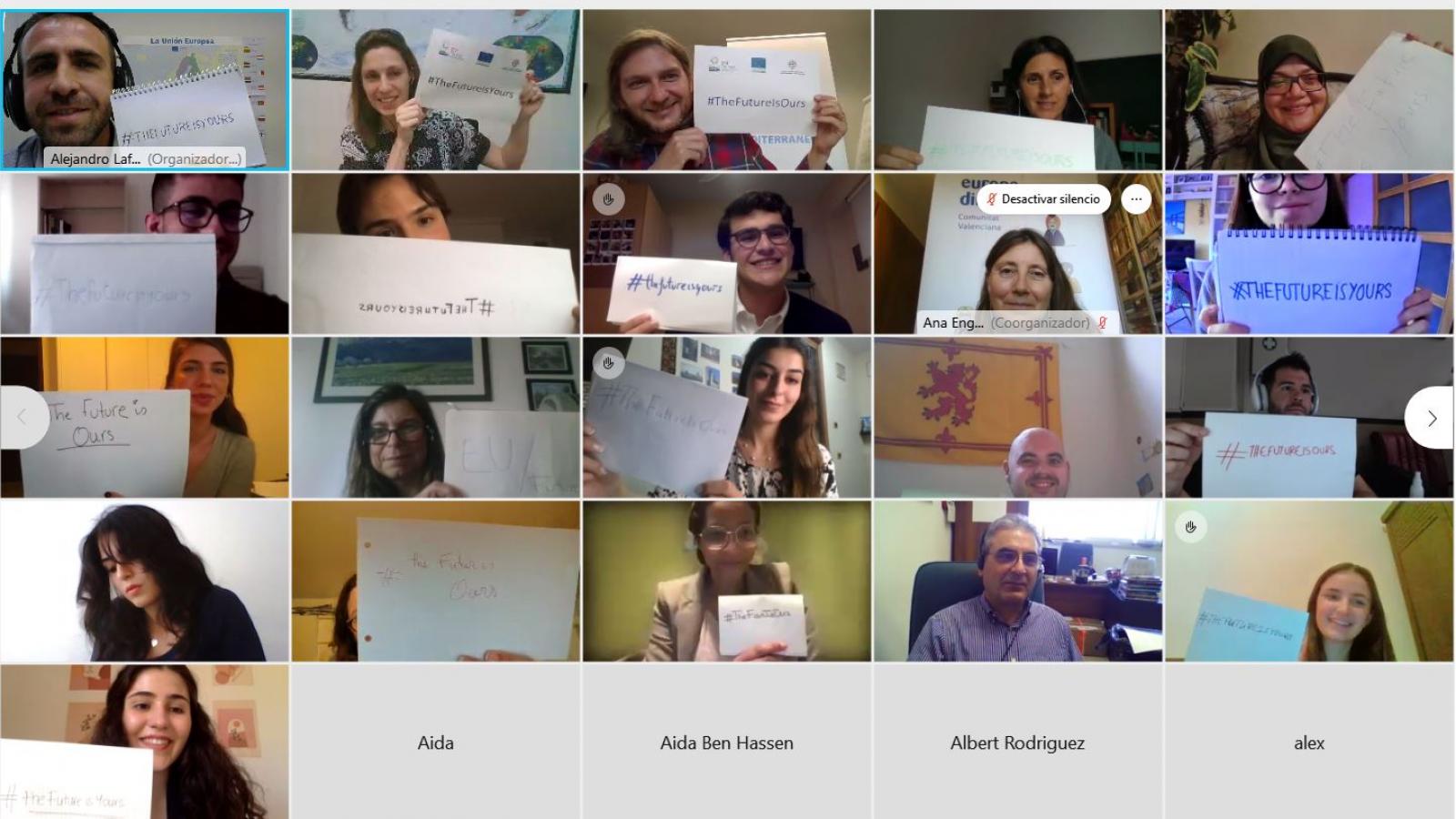 On the 10 of May, 6 young Mediterranean people debated on what are their priorities and expectations towards the European Union (EU) as part of a special event organised by the ENI CBC Med Programme to mark the Europe Day. While they see in the EU as a guarantor of human rights, freedom of speech, gender equality, they also asked for more actions in employment, environment and conflict resolution.

Solidarity, openness and more cooperation: starting point of the debate

There are aged between 17 and 27. They come from all over the Mediterranean region. They are full of expectations but also frustrations. They are highly engaged in social and environmental issues. During more than two hours, the ENI CBC Med team carried out a debate with 6 young people to listen to their aspirations as citizens of the Mediterranean region and their expectations towards the European Union.

The youngest panellist, Bianca Carrera Espriu, a 17-year-old Spanish girl stood out with her maturity and commitment. Bianca, who co-founded the 'Peace on Climate' initiative together with Haya Abushkhaidem, a Palestinian journalist, started the debate advocating for more solidarity between human beings but also towards animals and ecosystems. She asked for more respect towards the planet.

Haya, 27 years old, chose a different angle to start the debate with. She insisted on the fact that the EU should better support journalists in the MENA region. It is of utmost importance to learn about EU neighbouring countries from their own perspectives and not from European ones, she highlighted.

Alonso Císcar, a 19-year-old Spanish guy opted for science. His first message to the EU is to focus more on cooperation when tackling science as he believes that science has great potential when it is done in a cooperation framework.

Yara Acaf, a 24-year-old Lebanese girl focused on the importance of working together on common problems we are facing in both sides of the Mediterranean such as climate change, migration and lack of freedom of speech. She believes that by learning from each other, we can move forward and better address these challenges.

Finally, Shaima Chachai, a 20-year-old Moroccan girl, whose parents emigrated to Spain, and İrem Apaydın, a 20-year-old Turkish girl who currently lives in the Netherlands, both experience what it is to live abroad and face culture differences. Beyond family and friends, what they miss the most from their home countries is the sense of community and hospitality.

By learning from each other, we can move forward and better address common challenges.
Yara Acaf, Lebanon

They are all different and come from such diverse backgrounds, but they seem to share common values: openness and accepting the others as they are. A message of tolerance and hope in a time when we badly need it. 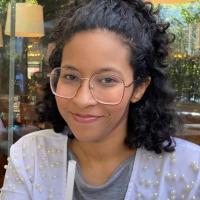 I think that something that we can bring from Morocco in Europe is the sense of community. In Western world, we are moving more towards to individualism.
Shaima Chachai, Morocco

They want their voices to be heard and they had a good ear to listen to them: Mr. Luis Miguel Padilla Bueno, the EU spokesperson in Arabic for the MENA region. He highlighted that the MENA region is the second youngest region in the world where half of the population is under 30. He took part in the debate to better understand their priorities and suggest what could be done to improve their situation especially regarding employment, highlighting how the EU has been consistently contributed, through programmes and projects, to creating job, vocational training and networking opportunities for young people. Mr. Bueno also insisted on the expectations towards the EU in the Mediterranean region and the many advantages the EU has, since “it does many things that other actors don’t”, mentioning the important engagement of the EU for civil society organisations, youth activists and media. Regarding the ENI CBC Med Programme, Mr. Bueno said that it is a good example of what the EU can do. “Connecting 14 countries of both sides of the Mediterranean is quite an accomplishment. Very few actors are able to this.” 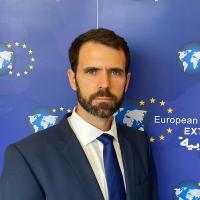 Your [ENI CBC Med] Programme is a good example of what the EU can do. Connecting 14 countries of both sides of the Mediterranean is quite an accomplishment. Very few actors are able to do this.
Luis Miguel Bueno Padilla, EU Arabic Spokesperson for the Middle East and North Africa

Finding a job is one of the main priorities among young people. They are accepting unpaid internships as employers ask for lots of experience to recruit. This strategy is not sustainable and acceptable anymore. Recruiters have to be more realistic and lower their expectations. Many recently graduated students were not able to do an internship during the last year and a half, due to the pandemic. Most of the speakers shared their common feeling of frustration and unfairness to work for free for the sake of gaining experience and have a chance to be recruited in the near future.

In this context where there is an increase in getting jobs virtually, both recruiters and young graduated people have to adapt by rethinking the way to recruit and acquire new skills. Some big companies are already providing digital interview guides to help candidates.

One of the proposals that young people would make to the EU is to work towards banning unpaid internships and providing support to acquire new skills to adapt to the new reality of online jobs in the whole Mediterranean region.

The European Union should work towards banning unpaid internships.

Lesson learned from COVID-19: how this crisis can help our planet

Most of the speakers agreed that thanks to the COVID-19, the world realised that we can reduce the causes of global warming. During the worldwide lockdown last year, gas emissions have been reduced. This should encourage governments to make a global effort as this crisis has proved that what would seem impossible did happen.
In this sense, Shaima called for a global effort to be made while taking into account each country´s characteristic. In line with this proposal, Bianca highlighted the need for a joint commitment towards a Mediterranean sustainable model of tourism, ensuring that EU aid in southern countries has sustainable impact and tax European companies which relocate in countries with lower environmental standards.

Peace missions should consider environmental projects because these ones will create long-lasting positive impact for communities.
Bianca Carrera Espriu, Spain 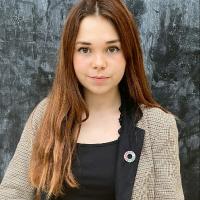 Ms Boushra Barakat from the American University of Beirut, Lebanon raised the issue of construction waste and on the importance of having an efficient data collection system unified among the countries as well as a common regulation on waste management.

To older generations: we want to be seen as equal individuals who have opinions and can create change

When tackling youth expectations towards national governments and more specifically addressing the European Commission and Parliament, Alonso, Shaima and İrem, who are members of the European Youth Parliament want to be taken more seriously by their older fellows. They are enthusiastic about the Conference on the Future of Europe, the ongoing broad citizens consultations to help shape the future of the European Union, as they were looking forward for such an initiative.

They will be happy the day in which young people (under 30) will be members of Parliament because they believe that we can’t legislate about youth without working with them. They see themselves as more open to change and less affected by cultural traditions compared to the older generation. They can compromise for the sake of society. They want to get rid of the stereotype of youth seen as unexperienced persons.

Governments are legislating on young people without actually working together with young people.
Alonso Císcar, Spain 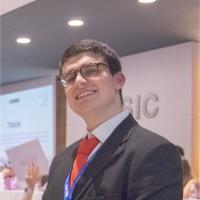 From EU neighbouring countries: it is a matter of priorities and we want more action from the EU

Youth unemployment, climate change and more equality between generations in political representation are among youth priorities but depending where you live, these priorities remain less urgent when human rights, freedom of speech and simply when your survival are at stake. That’s why Haya from Palestine ranks youth priorities differently and asked the EU to play a more active role in supporting positive solutions in the Middle East. 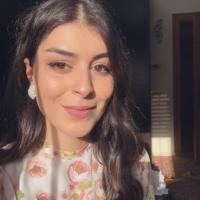 We would like to see real support from EU countries and the EU so we can worry about less serious issues.
Haya Abushkhaidem, Palestine

What can the EU do to improve people’s life?

To this last question, our 6 speakers brought to the table a wide range of proposals.

They all believe that the EU is a key player on the international scene, has a lot of power and has already achieved a lot. But to go a step further, they demand the following:

•    First, the EU should lead a global effort for climate change.
•    Second, the EU should increase its efforts to support conflict resolution in the Middle East and guarantee human rights when they are being violated.
•    Third, more has to be done for women to ensure gender equality but also to fight against gender violence which has increased during the pandemic.
•    Fourth, they ask the EU to remove patent protections regarding COVID-19 vaccines so that all countries with the capacity to produce vaccines can do it.
•    Finally, the EU should increase its fight against corruption.

From their side, they spoke out. Now, the ball is in the EU´s court. Hopefully, they will take them into account to shape the future of Europe and its neighbours.

The ENI CBC Med Programme would like to thank very much Bianca, Haya, Alonso, Yara, Shaima, İrem for their energy, enthusiasm and great ideas.

Disclaimer: the views expressed in this news article do not necessarily reflect the official position of the European Union nor of the ENI CBC Med Programme.