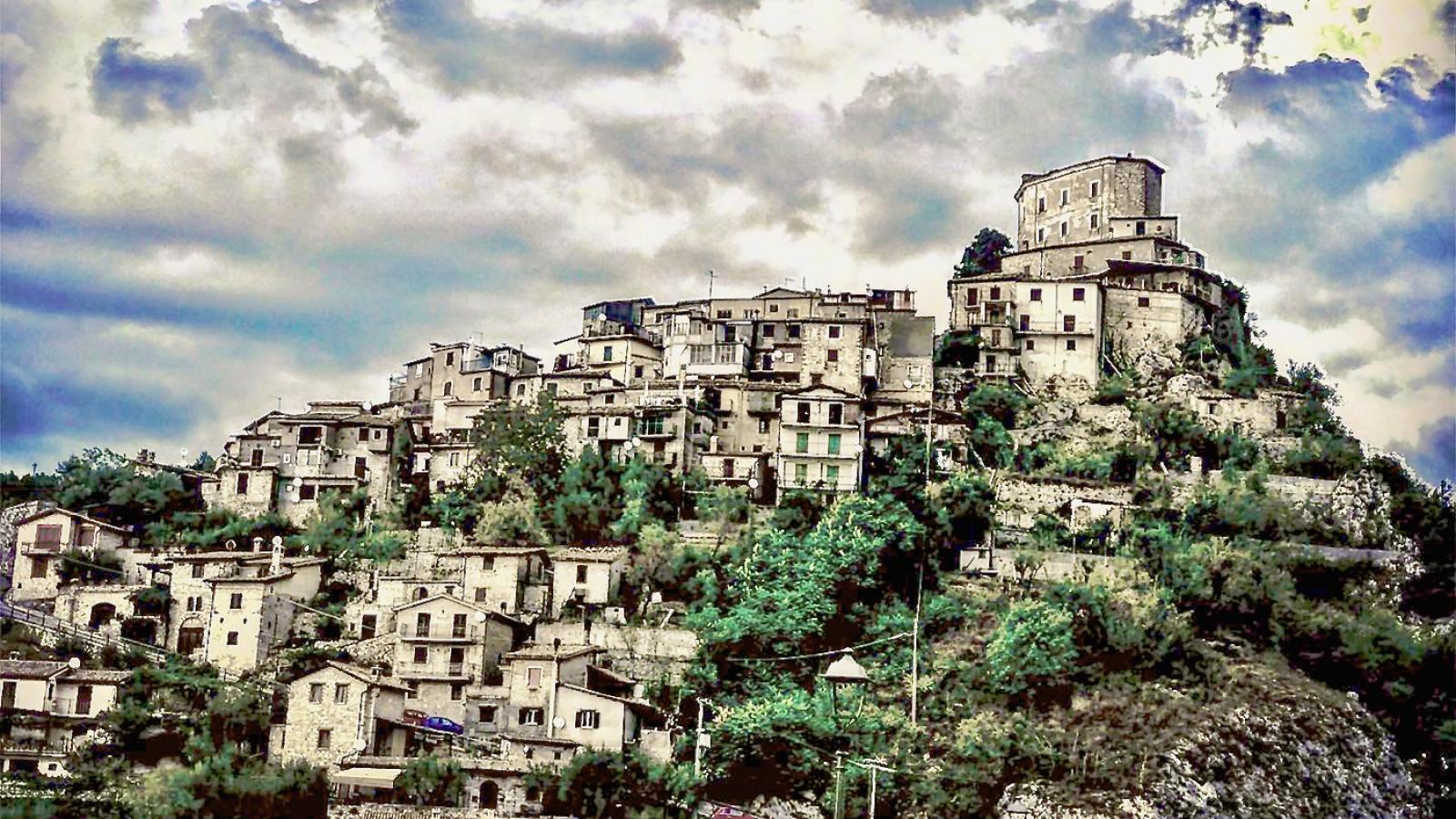 Sabina is a physical and historical region in central Italy, extending to the left of the lower reaches of the Tiber, upstream from Rome. It is a territory of about 1600 km2, mostly mountainous but not very high (highest altitude, Monte Navegna, in the Monti Carseolani, 1508 m). The central group is made up of the Sabine Mountains; it stretches between the Turano and Velino valleys to the E and the Tiber valley to the W. The Sabine Mountains are not very high and have a rough shape, mainly due to the deep incisions caused by torrential erosion. The only large flat area in the Sabine is the Rieti basin. The climate is mild in the western part, open to the Tiber valley and more exposed to the influence of the Tyrrhenian Sea, while in the eastern part, higher and more rugged, brings heavy rains, significant diurnal and annual temperature ranges and harsh winters.

The main municipalities of Sabina are in the Province of Rieti: Poggio Mirteto, Magliano Sabina, Casperia, Montopoli di Sabina, Torri in Sabina, Cantalupo in Sabina, Montebuono, Forano, Poggio Catino, Montasola, Stimigliano, Castelnuovo di Farfa, Fara in Sabina, Roccantica, Mompeo, Salisano, Cottanello, Configni, Vacone, Tarano, Collevecchio, Toffia, Poggio Moiano, Poggio Nativo, Scandriglia, Selci. The wealth of these municipalities is represented by a vast territory made up of many villages, autonomous in the past, but now united to form a tourist route in stages that is oriented towards art, nature, archaeology and, no less important, food and wine traditions.

To fully experience a slow journey in Sabina, it is advisable to move between the various municipalities, taking advantage of the adjoining railway stations. A good starting and finishing point for a Sabine itinerary would be Fara in Sabina, where the Fara Sabina-Montelibretti station is located, on the Rome-Orte railway line. The latter is particularly well connected to the capital, with regional trains leaving every 15 minutes in the direction of Rome Tiburtina and Fiumicino, or every half hour in the direction of Poggio Mirteto. The municipality of Fara in Sabina is just one of the many municipalities that, precisely because they are located in the northernmost and most mountainous part of the region, use the railway network as the main means of accessing the city of Rome. 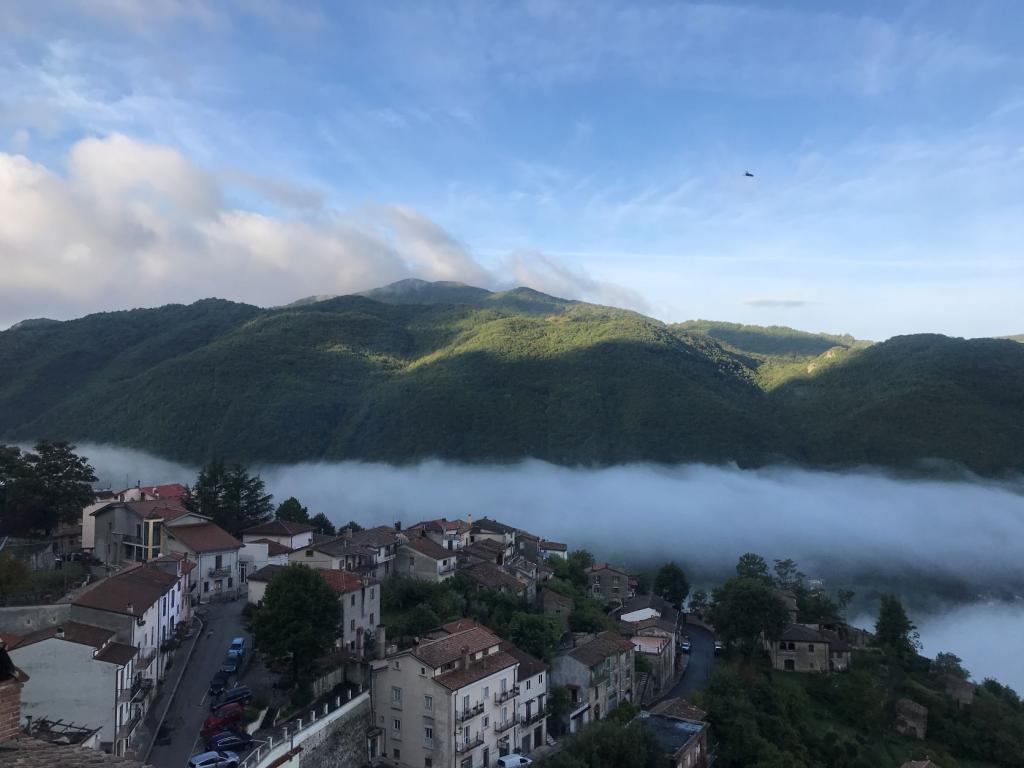 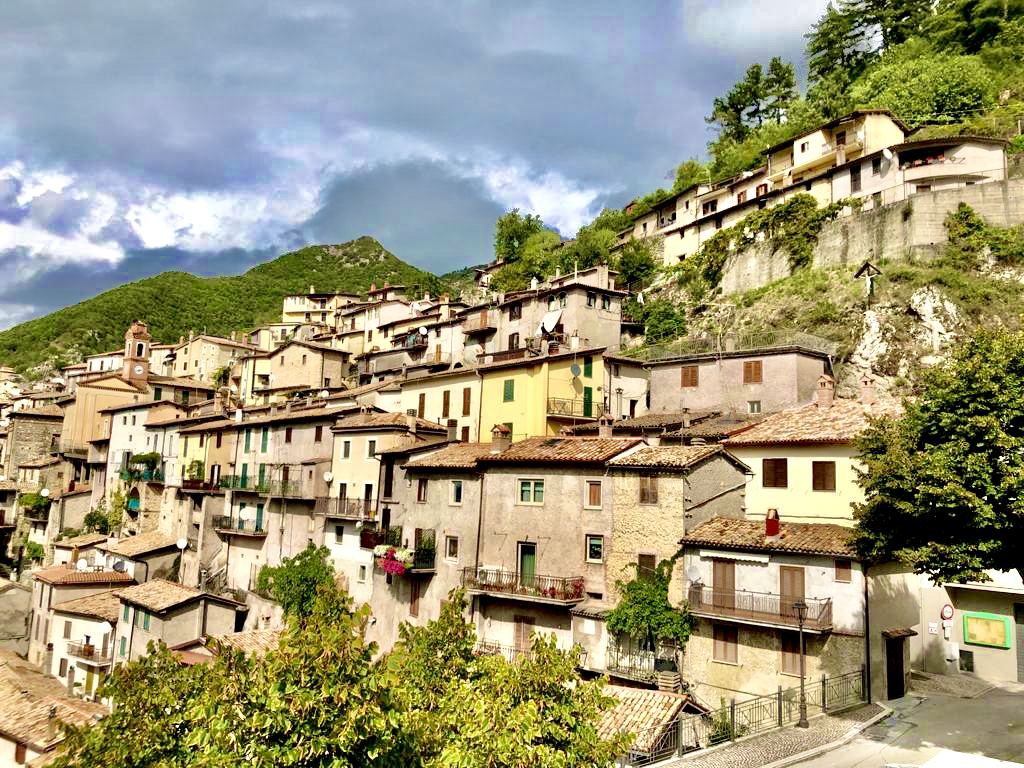 Sabina is well known as a land of religious paths: itineraries and routes represent strategic tools for promoting tourism, knowledge, and enhancement, as well as an identifying feature for the territories. Villages and landscapes are connected by a network of routes that are the pride of the "slow" and "outdoor" tourism segment: a gentle tourism on a human scale, through which to rediscover the true dimension of time and space. We are in the presence of ancient pilgrimage routes, roads of conquest and trade, paths of art and history, from Western and Eastern Europe, which intertwine around Rome, both as a final stop and as a passageway for pilgrimages and overseas travel. Through these routes we regain an experiential dimension of the journey. The Lazio routes that pass-through Sabina are also a driving force for bringing the culture of hospitality to the attention of international slow tourism. Peace, silence, and meditation are the ingredients of the ideal holiday for those who choose the religious route.

The Saint Francis Walk is a route of religious and natural interest that follows the paths of the patron saint of Italy, who was a tireless walker. It is a true pilgrimage through hermitages, sanctuaries, ancient forests, paths, mule tracks and medieval villages. Its overall length is 500 km and access is guaranteed by regular buses and, where present, railway stations. In 2003, when it was inaugurated, the walk was located only in the territory of the Sacred Rieti Valley, in an area of 80 kilometres. Today it has been extended to an inter-regional dimension that goes from Assisi to Rome or vice versa, through ten stages, to ideally relive the Saint's human and spiritual journey. There are four sanctuaries that are part of the original itinerary, ideally arranged at the four ends of a mystical cross: Fontecolombo, Greccio, Poggio Bustone and La Foresta. To start the Walk, pilgrims must collect a special "passport" from the sanctuary of departure, to be stamped at the various stages of the overall journey. At the end of the journey, a pilgrim's certificate can be requested from the Saint Francis Walk Office, certifying that the final objective has been reached, i.e., the eighty kilometres (of the tour limited to the four sanctuaries) covered in five days with stops for lunch. The route in Lazio is made up of the main route from Labro to Rome; the Farfa variant; two secondary routes; the Valle Santa Reatina route; the Tiberina route. Along the St. Francis route there are - in addition to the sanctuaries to be reached - riding stables where you can rent a horse and mountain bike rentals to follow the most suitable paths for these sports and accommodation facilities where you can stop for the night. The sanctuaries, for those with physical or age-related problems, can be reached by car or even by bus.

The other famous route is that of St Benedict. A little more than 300 km, to be covered on foot, by bicycle or on horseback, through the green heart of Italy: a route that starts in Umbria, enters Lazio, and runs through it all, up to its extreme southern border, attached to Campania. The route joins the three most important Benedictine places, through cart tracks, dirt roads and minor roads. Norcia, the birthplace of St Benedict; Subiaco, where the Saint lived for thirty years and founded numerous monasteries; Montecassino, where he spent the last part of his life, and gave fulfilment to the Rule that bears his name. The route is not only a historical itinerary, but also and above all a thematic and ecological route, along paths, sheep tracks and secondary roads, through villages and flavours. Norcia, where the route starts, is an enchanting town at the foot of the Sibillini mountains, and then, passing over low hills, we find ourselves immersed in perfect nature, and we arrive at Cascia. Monteleone di Spoleto, the next stop, is a charming medieval village with a bucolic landscape. Leonessa, the first municipality in Lazio, is a splendid ancient town at the foot of the Reatini mountains, where the Middle Ages and the Renaissance blend admirably. Through extensive beech woods we cross the Reatini mountains to arrive at Poggio Bustone, an important Franciscan site. We then reach Rieti, a papal and Franciscan city, and climb up the Turano River to cross the delightful, tiny villages of Rocca Sinibalda and Castel di Tora. From there, crossing the mountain overlooking Lake Turano, we reach the Lucretili mountains, Orvinio, with its imposing castle, counted among the most beautiful villages in Italy. 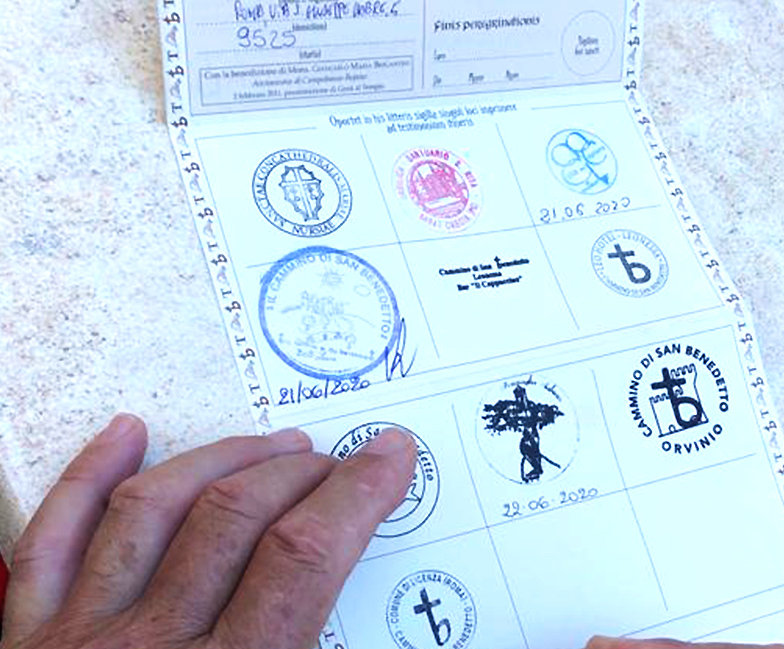 The Sabina also has a wealth of places of worship, including the Abbey of Farfa. The Sabina also satisfies those who love cycling, mountain biking, horse riding, canoeing, swimming in lakes and cliff climbing. The reason why this part of Sabina is so attractive to nature lovers is the presence of the Farfa Gorge Natural Monument, a protected area located between the territories of the municipalities of Castelnuovo di Farfa and Mompeo, an integral part of the Nazzano Tevere Farfa Regional Nature Reserve. The Farfa Gorge is one of the most beautiful and interesting places in Lazio in terms of nature and landscape. It is a truly unique place, with forms of rare beauty immersed in lush vegetation. The Farfa River, important as an environment and for its beauty, winds along a route particularly suitable for those who want a very basic approach to canyoning, enjoying all the beauty that a canyon offers, but without having to deal with verticality or situations where you have to put yourself to the test. For a more adrenalin-fuelled approach to the water, move on to Varco Sabino on Lake Salto, which, with its emerald, green waters, and the many fjords along its shores, is the protagonist of great wakeboarding: Italian Absolute Championships, the finals of the Wake Zone Cup and in 2021 the World Championships. 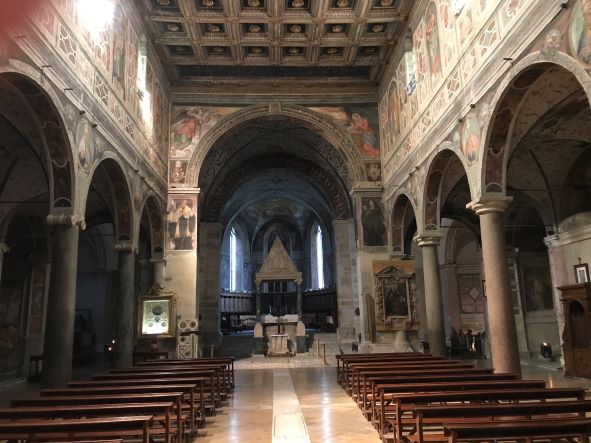 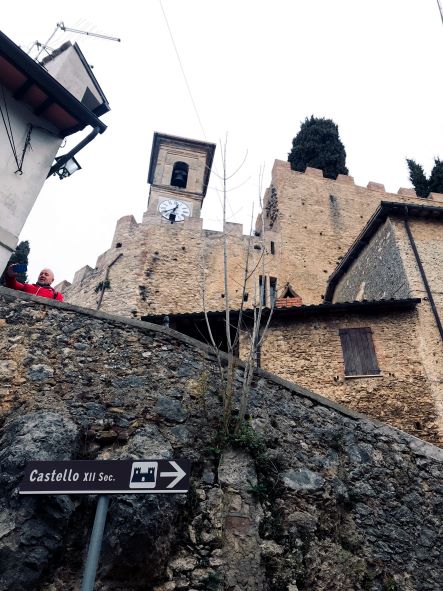 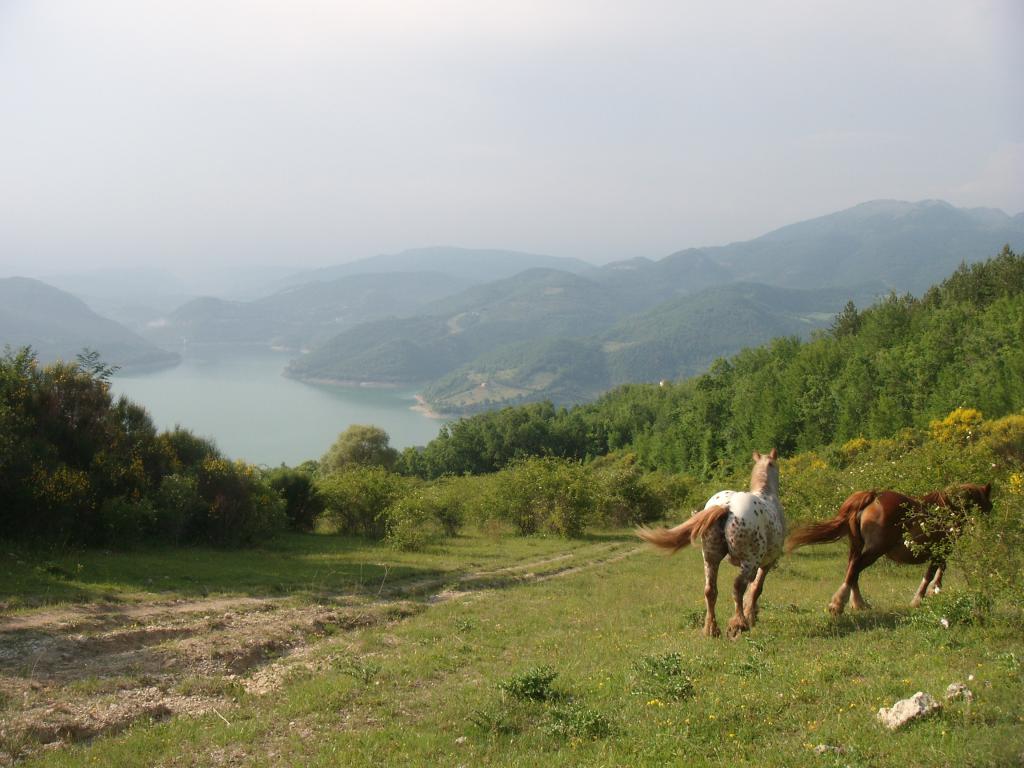 If you want to fly and evolve in freedom on the water and see the world from a different perspective, it is a good idea to stop off at Lake Turano, which is characterised by a landscape dotted with small mountain villages overlooking its shores. The best known of these are Colle di Tora and Castel di Tora, both rich in historical and cultural evidence of considerable interest. A dense network of paths connects the shores of the lake to the towns, reaching the highest peaks surrounding this suggestive mountain basin in the Monte Navegna and Monte Cervia Nature Reserve, which protects an area of great natural and ecological value, where mountains, gentle hills and deep, wild canyons alternate to create a mosaic of truly unique and fascinating micro-environments. There are numerous beaches where you can enjoy total relaxation, alternating it with canoe trips around Mount Antuni or sailing trips.

On the food and wine front, mention should be made of the famous Senatore Cappelli wheat, which is only produced organically. Sabina produces not one but three varieties of beans, each typical of a specific area. The Borbontino Bean originates from Borbona, in the province of Rieti. The Pea Bean originates in Colle di Tora, on Lake Turano. Finally, the "Fagiolo Gentile" is native to Labro, one of the most beautiful villages in Sabina, on Lake Piediluco. But the Sabine product par excellence is extra virgin olive oil. It is a PDO product with a thousand-year-old tradition. The production regulations that make it a Protected Designation of Origin state its qualities: golden with slight green hues, with a flavour that ranges from fruity to velvety, and which can be uniform, aromatic, but also sweet, or bitter and spicy in the case of very fresh oils. In Sabina, the tradition of porchetta is very strong, so much so that there are two renowned porchetta in the area: that of Poggio Bustone and that of Selci. Then there is Pizza e Fichi, a poor man's dish made with flat bread accompanied by figs, picked along the roads of the capital of the Empire. Today, excellent "brogiotti" figs are also grown in Palombara Sabina. Gobbi alla Parmigiana are cooked at Christmas in Rieti. The gobbo or cardo (thistle), is a particular vegetable, both in appearance and taste. It resembles celery, but the taste of this fragrant plant, famous and considered medicinal since the time of Homer, is similar to the artichoke. Unlike artichokes, however, the best way to enhance its flavour is to prepare it with meat sauce. The bruschetta reatina is a typical dish of the Sabine tradition, simple, almost banal. It consists of slices of bread baked in a wood-burning oven, naturally seasoned with Sabina extra virgin olive oil, which is very light and has almost zero acidity. Trout from Rieti can be easily fished because the Rieti area is rich in many springs of pure water and is a great producer of this fish of the salmonidae family. 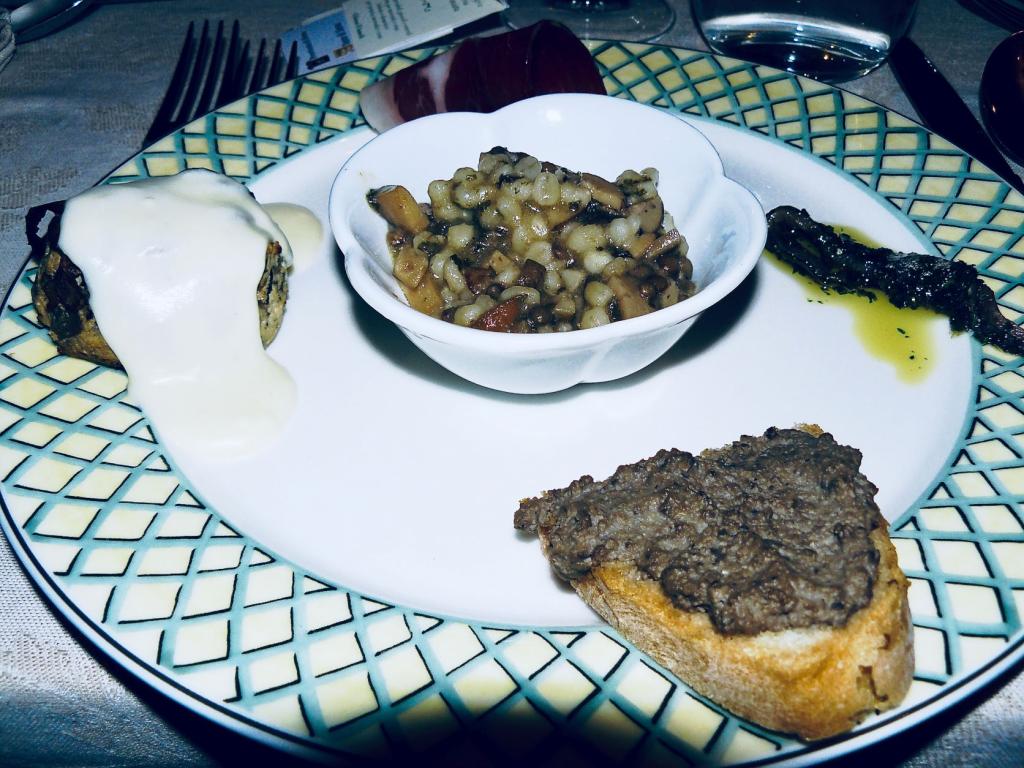 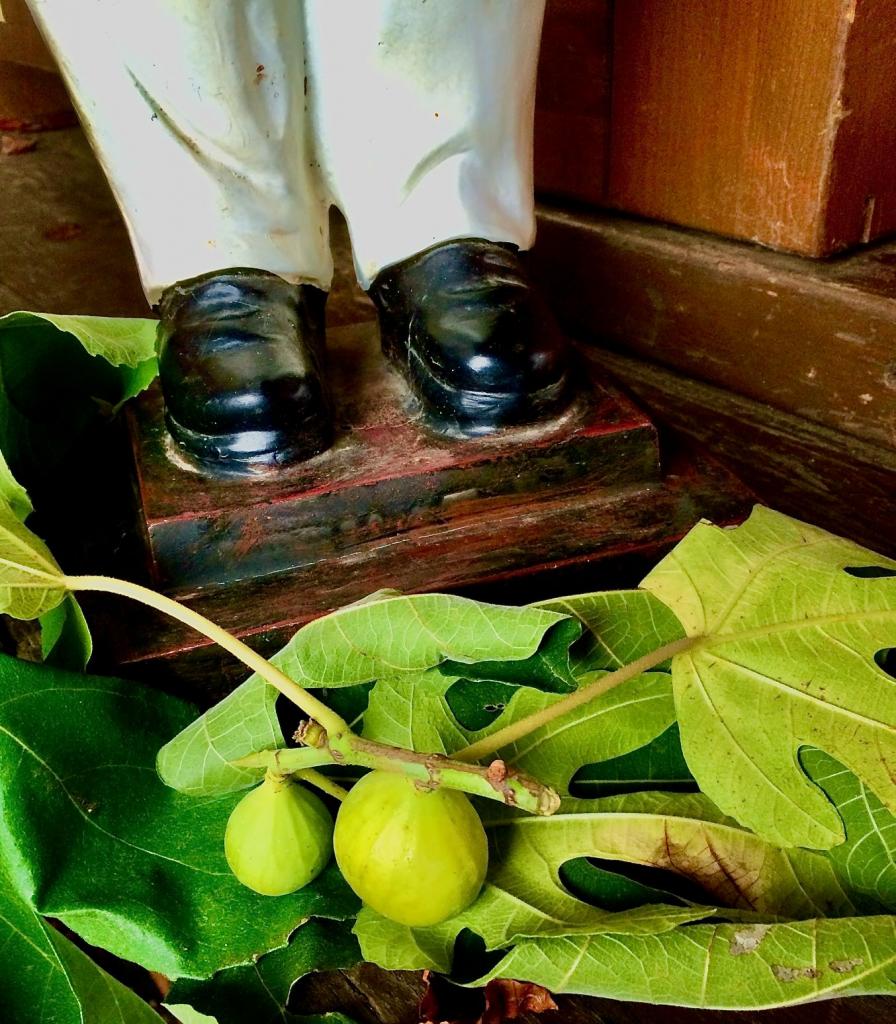 Sabina's treasures are not as well known to tourists, but this has its advantages: those who decide to spend their holidays in Sabina, the Pearl of the Mediterranean, will find an unspoilt area that has not been attacked by overtourism. With the Med Pearls project, Sabina will prove suitable for lovers of green tourism, who will find an ideal area for spending their holidays in natural areas. 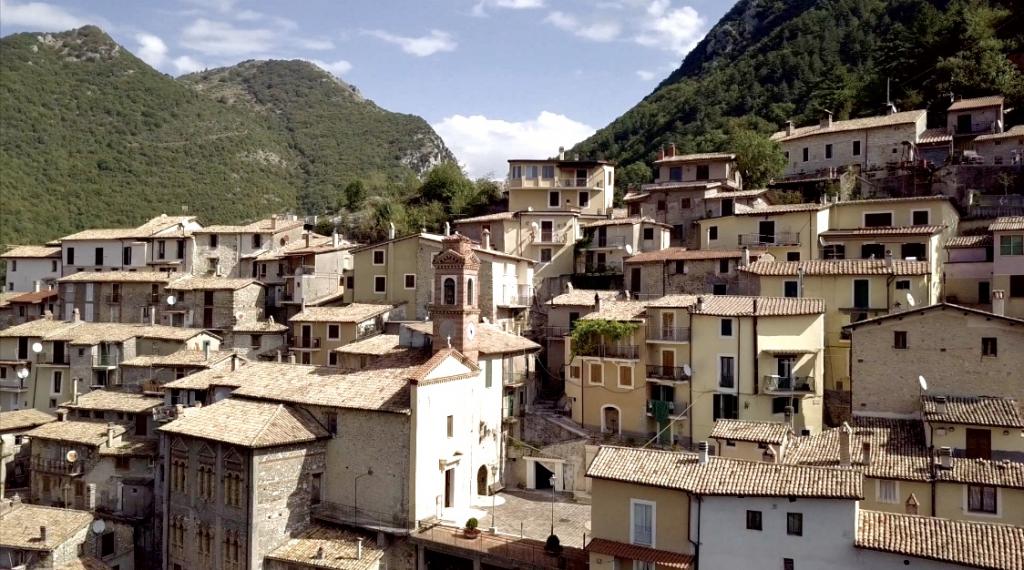