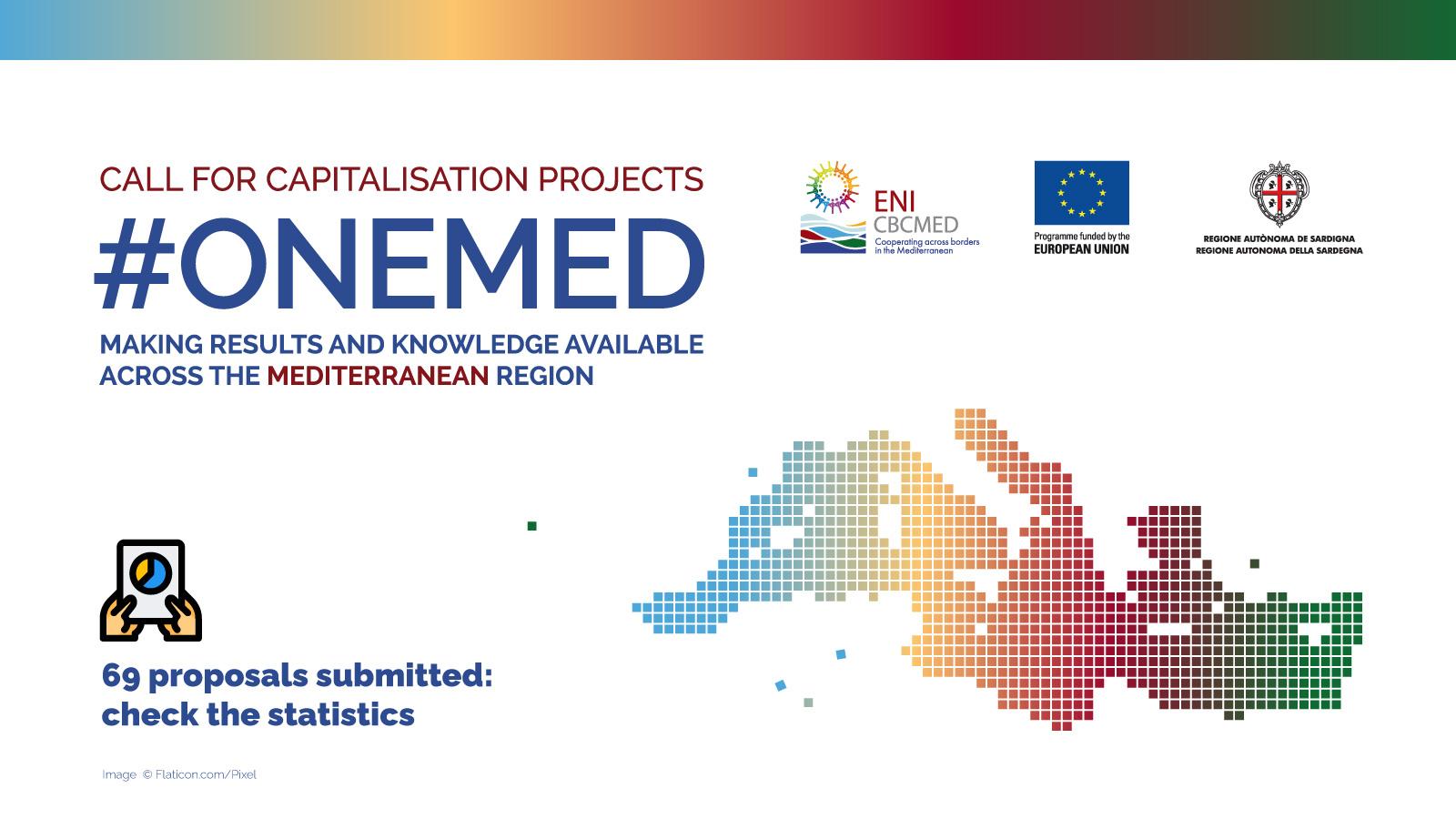 The call for capitalisation projects, with the aim to foster the transfer, exploitation and mainstreaming of knowledge and results developed under different Euro-Mediterranean initiatives, was closed on the 28th of July: 69 proposals, gathering 518 organisations from both sides of the Mediterranean, were submitted. The financial value of the proposals is around €71 million against a budget of €11 million, which could be potentially increased to €15 million.

As for the call for strategic projects, the development of Euro-Mediterranean economic clusters is the most popular priority of the call, followed by sustainable tourism. The interest for the topics related to social inclusion and environmental sustainability and mitigation of climate change remains high. The call was open to the 11 priorities of the ENI CBC Med Programme.

A balanced participation of organizations from Mediterranean Partner Countries and EU Mediterranean Countries, 51% vs. 49%, was achieved. In total, 518 actors have participated in the call. As for the two other calls proposals already launched by the Programme, Italy is the most active country, with 87 organizations involved, followed by Tunisia, Spain, Lebanon. These data highlight the consistence with the principle of co-ownership, meaning a Programme that belongs to all participating countries.

The innovative dimension of the call

For the first time ever in its history – and most probably at Euro-Mediterranean level - the ENI CBC Med Programme launched a call for capitalisation projects in a bid to make the knowledge and results developed under various Euro-Mediterranean initiatives – including ENPI/ENI CBC Med Programme, Union for the Mediterranean, Interreg MED Programme, PRIMA, WestMED, the regional and bilateral components of the European Neighbourhood Policy, etc. - widely available with local, regional and national public authorities. The ambition is to foster the enhancement and/or design of evidenced-based policies, by using and further developing a set of good practices which efficiency have been proven.

Tackling the consequences of the COVID-19 crisis

One of the ambitions of the call for proposals is to contribute to the recovery processes in the Mediterranean area, amid the crisis of the COVID-19 and its negative socio-economic effects. It is expected that the projects to be funded will fine tune intervention models which have the potential to support job and business creation; the transition to carbon-neutral economies; the efficient delivery of social care services; and the well-being of the most vulnerable people.

The administrative check of the proposals has already started and will be followed by the quality evaluation. The list of funded projects should be available by the end of 2020.

Calls for proposals
Programme
Back to news