MedTOWN in Greece to promote employment policies to people with disabilities 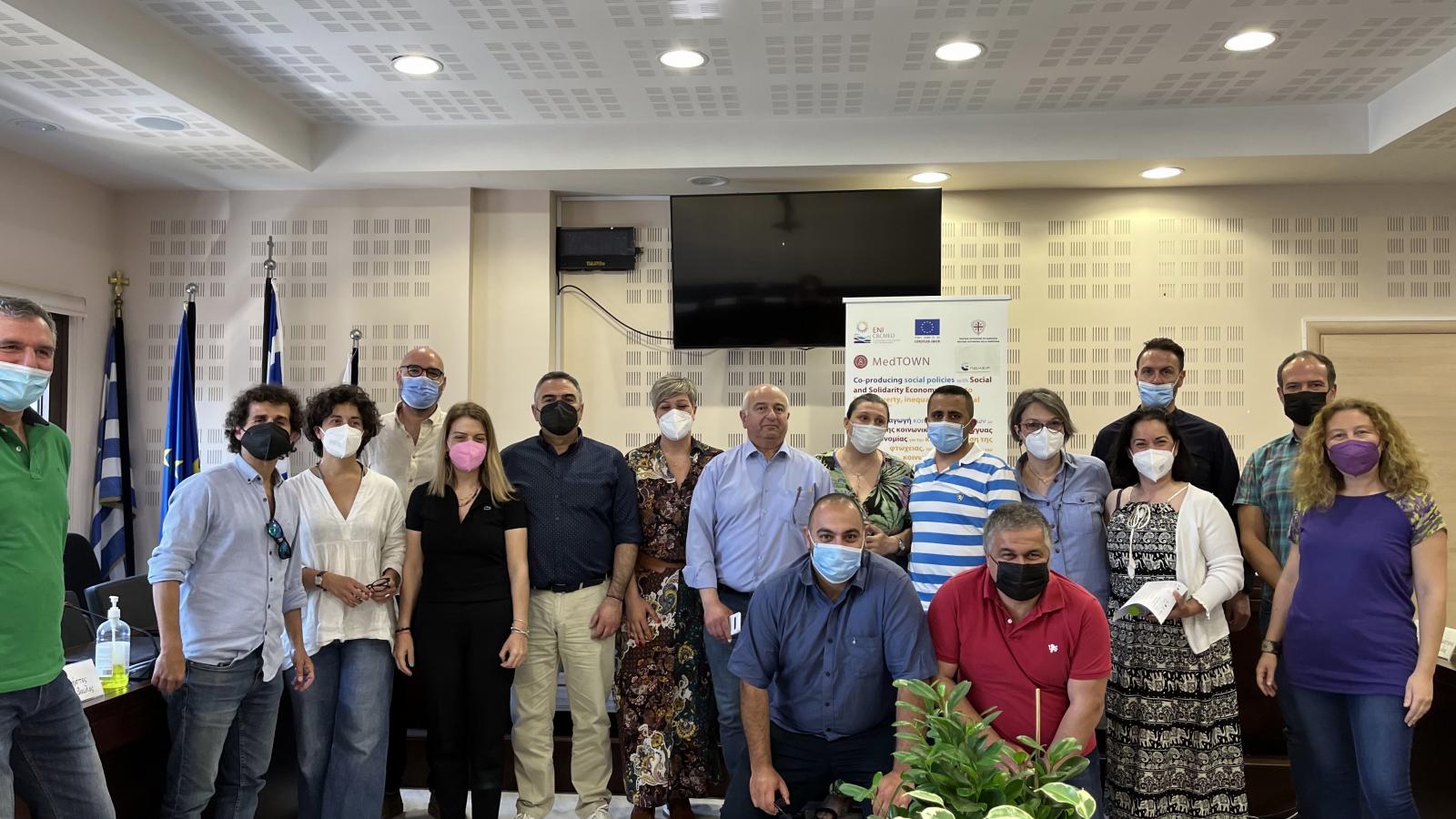 After the workshop on "Complementary currencies and social policies", organised by the Panteion University of Social and Political Sciences in Athens, the second stop of MedTOWN partners in Greece was a study and exchange visit to the care centre that EPEKSA, our Greek partner, maintains and operates in Glyfada, on the outskirts of Athens.

The journey continued to the north, to the municipality of Paggaio to see the progress of the Greek demonstrative action. This enclave is located on the periphery of Eastern Macedonia and Thrace and it is part of the prefecture of Kavala, created in 2011 by merging five former unified municipalities as a result of the crisis and the slimming down of the Greek administration and its public services. In the municipality of Paggaio, we held an intensive meeting with elected representatives, the government team, technical staff, experts and local stakeholders interested in the project and in the social & solidarity economy (SSE). MedTOWN's payment systems and the "local digital wallet" work was explained in detail, showing how our model is effective and improves the local impact of public spending.

The last stop was in Kavala, where another fruitful meeting was held with important actors in the Prefecture: experiences were exchanged with public authorities, social and employment service providers and representatives of the local economy, learning about experiences of co-production of social policies, discussing the situation of the social and solidarity economy in Greece and finding new ways to deepen collaboration.

During the whole visit, and until the last moment before saying goodbye in Kavala, MedTOWN team took the opportunity to exchange experiences and provide mutual support between the project’s partners for the steps to be taken in the MedTOWN demonstrative actions, with special attention to Greece, where the project will work on the co-production of active employment policies, focused on people with disabilities.

When ending the trip, José Ruibérriz, Social & Solidarity Economy Focal Point at the Assembly for Cooperation for Peace (ACPP), project’s Lead Beneficiary, inspired by the team’s presence near to the place where MedTOWN’s genesis ocurred, gave it away reflections: 'Cosmopolitanism is one of the keys to our project' and a notion first coined in Stoic philosophy in Ancient Greece that emphasised the ethical obligation to extend acts of kindness and love (oikeiōsis) to ever wider circles, from oneself to one's family, to friendships and, finally, to humanity as a whole, because all of humanity belongs to a single ideal city, the cosmopolis.

A version of the article was published on July's newsletter edited in Spain by Asamblea de Cooperación por la Paz (ACPP), MedTOWN project lead beneficiary, to report on the most important activities carried out by the organization around the world during the previous months.

You can read the complete article (in Spanish) at this link.

More info at our community of practice platform: https://cop.acpp.com/
or contact us through: medtown@acpp.com