InnovAgroWoMed - Tunisia: The Executive Director of "CAWTAR" met the Minister of Women, Family, Children, and the Elderly 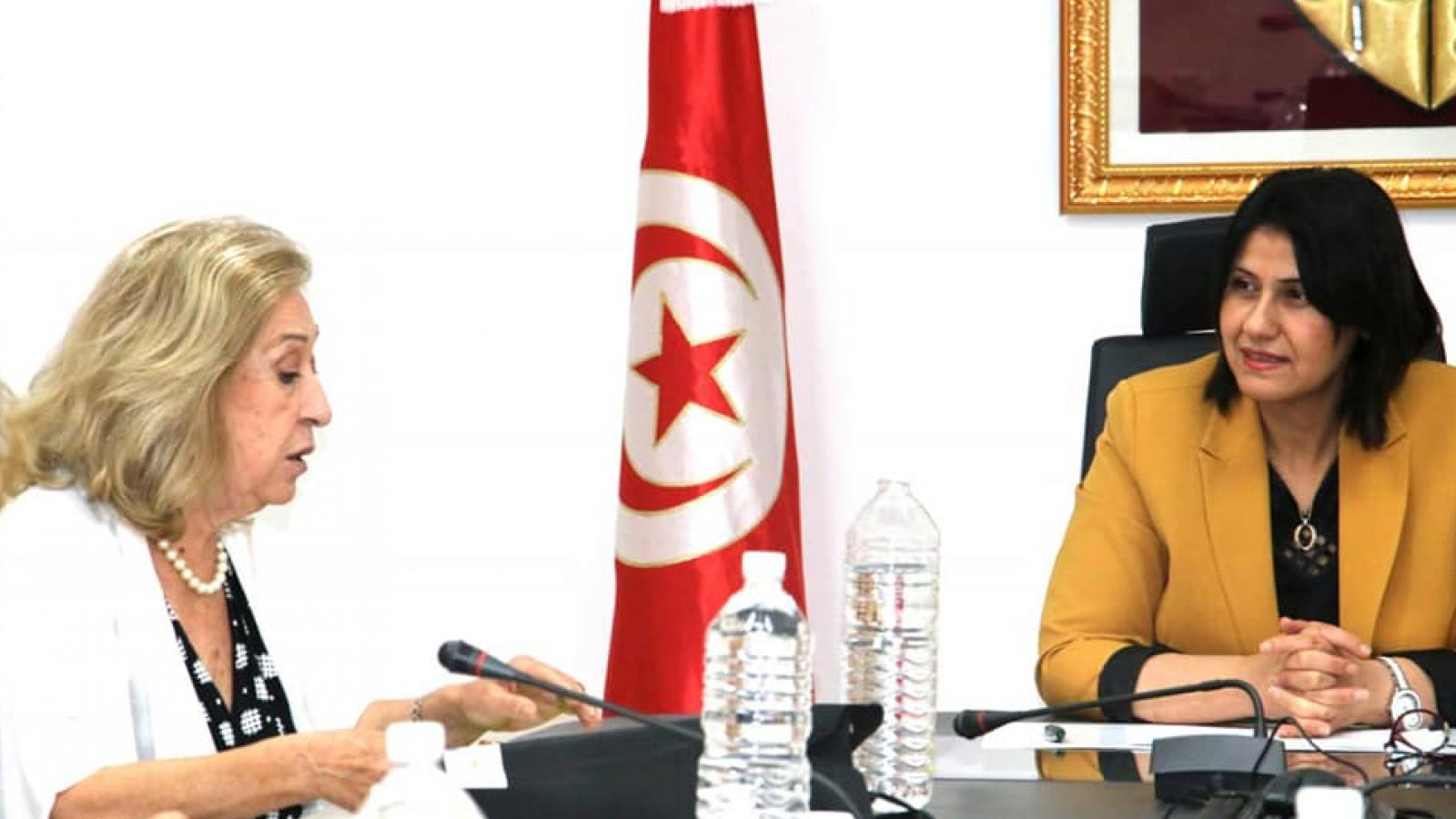 The Executive Director of the Center of Arab Women for Training and Research (CAWTAR-Tunisia), Dr. Soukaina Bouraoui, held a working session with Ms. Asma Alssahiri, the Tunisian Minister of Women, Family, Children and the Elderly, on Monday, June 8, 2020, in the presence of representatives of the Center and ministerial officials.

The session devoted an important part of its agenda to the InnovAgroWoMed project in which CAWTAR is involved in its implementation in partnership with Italian, Spanish and Palestinian universities, and organizations  (UTV, CESIE, JOVESOLIDES, ASALA).

This three-year project is 87% financed by the European Union through the "ENI CBC Med" Program and is mainly aimed at increasing the participation of women in the labor market and at motivating them to implement their projects, exploiting the potential of the agri-food sector which has a large untapped potential for innovation and growth.

This project will provide women entrepreneurs and employees in the agri-food sector with many forms of support and assistance, such as training programs, capacity and knowledge development, mechanisms for technical and financial support to help them better occupy their place in the labor market, and enable them to progress in their careers and projects.

Potential beneficiaries who have been impacted by the pandemic will also get particular attention from the project.

The stakeholders involved in this project were finalizing the final preparations and the project is now ready to be officially launched during an electronic meeting organized by CAWTAR, in collaboration with the other partners, on 16 June 2020 from 10:00 to 12:00 (Tunis local time) 11:00 to 01:00 (CEST), under the theme: " Disruptions in the agri-food sector: sustainable scenarios after the covid-19 crisis in the Mediterranean Region: women's empowerment & employability".

On the sidelines of this meeting with the Minister, discussions were held also on several joint programs and issues of mutual interest between the two parties regarding the implementation of the national action plan of United Nations Security Council resolution 1325 "Women, Security and Peace" and the support for the creation of a coordination platform to monitor the implementation of the components of the plan as well as the program for the promotion of women's economic initiative "RAIDA" (pioneer).