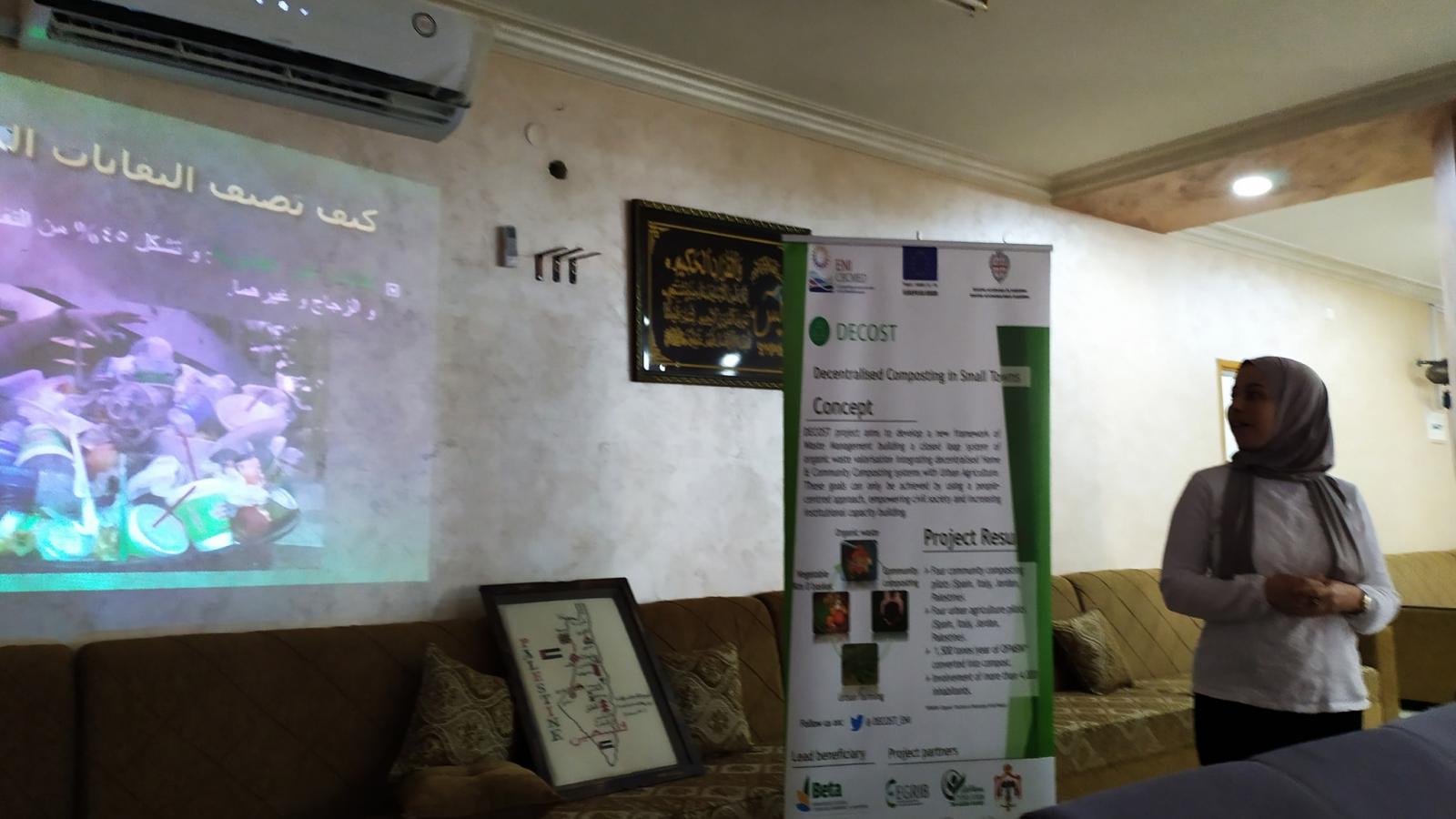 In the framework of the DECOST pilot experience that will be implemented in Palestine, the residents of Kufr Rumman took part in a meeting in which they were informed about the integration of a new decentralized composting system to manage the organic waste in their town. Kufr Rumman, in the Tulkarm Governorate, will benefit from this ENI CBC Med project thanks to the agreement signed by the Anabta municipality.

The team from the partner 'Palestine Technical University – Kadoorie' held an introductory meeting about the main features of the new organic waste management model system that the DECOST project will deliver to the residents of Kufr Rumman. Dr. Tahseen Sayara, Project Manager, made a motivational speech about the project goals and the expected future benefits for the residents and the environment. Thanks to the project, it is expected to reduce the amount of waste disposed in landfills from this town, reintroducing all the organic waste in a locally closed loop of valorization in combination with urban agriculture. Ms. Ruba Hanoun, the Project Coordinator, described in more in details the technical aspects of the new system that will be implemented.

After being informed about the changes that they will experience in their town, the participants held an open discussion about possible issues that may arise during the implementation of the pilot project. In addition, a questionnaire was circulated among them at the end of the meeting, as a way to analyze the situation and requirements for the success of the project and to identify solutions to future day-to-day problems.

The meeting was attended by the mayor of Anabta Municipality and some members of the municipal council, proving once again the great interest that this cooperation project has raised in Palestinian local institutions.

البيئة
الفعاليات
المشاريع
Back to project