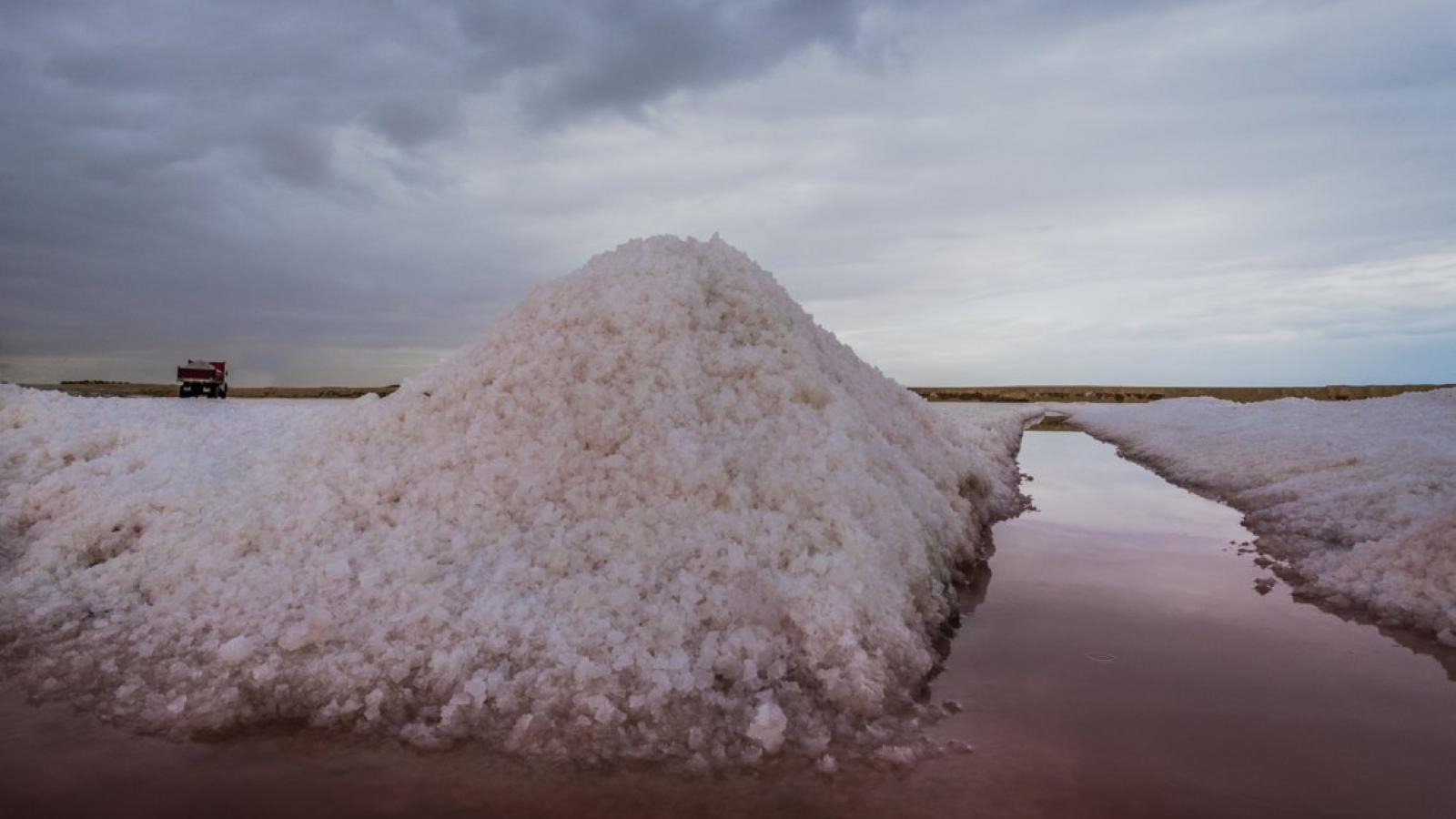 Tunisia hosts several saline sites. Sign and source of wealth, salt has always been the stake in the struggle between powers. Moreover, salt exploitation has marked the recent history of the country.  These salt marshes have both very important ecological and economic interests. The salinas of Thyna are located in the governorate of Sfax with an annual production of 300,000 tons of salt. In addition to its economic interest for Tunisia, these salinas constitute a rich natural reserve. Classified as an "Important Areas for the Conservation of Birds", the salinas are home to more than 100 species of birds. Perfectly maintained, the salinas host a wetland extending over 17 ha. They are protected by the Ramsar Convention (convention adopted since February 1971 and relating to wetlands particularly as waterfowl habitats). There are 2331 sites protected by this convention in the world, of which nearly 40 are in Tunisia.

Characteristics of the Thyna salinas

The obtainment of the «white gold» comes from the evaporation of considerable amounts of sea water, which contains only 3% of salt, sodium chloride (Na Cl). Therefore, to be profitable, this process must meet certain prerequisites, like for example, happening in surfaces that meet very specific characteristics. In fact, the drop of seawater, once pumped inside the saline, can cross between 50 to 100 km before crystallizing the salt. On arrival, the salinas have huge pools where different types of salt are collected (table, industries, etc.) and exported all over the world. It is characterized also by a beautiful natural site, oscillating at sunset time between shades of purple pink, gold and silver, grey and lilac…

The Thyna salinas are listed under the Ramsar Convention as a wetland of international importance. The diversity of the basins and their regular supply of sea water create favourable living conditions for many water birds. Thus, this artificial ecosystem represents a site of great importance for migratory and sedentary water birds, especially during wintering and nesting. For this reason, the reserve is recognized as an Important Area for the Conservation of Birds and Biodiversity (Zico).These shaped and protected wetlands, thanks to salt production, constitute a site that hosts exceptional flora and fauna. 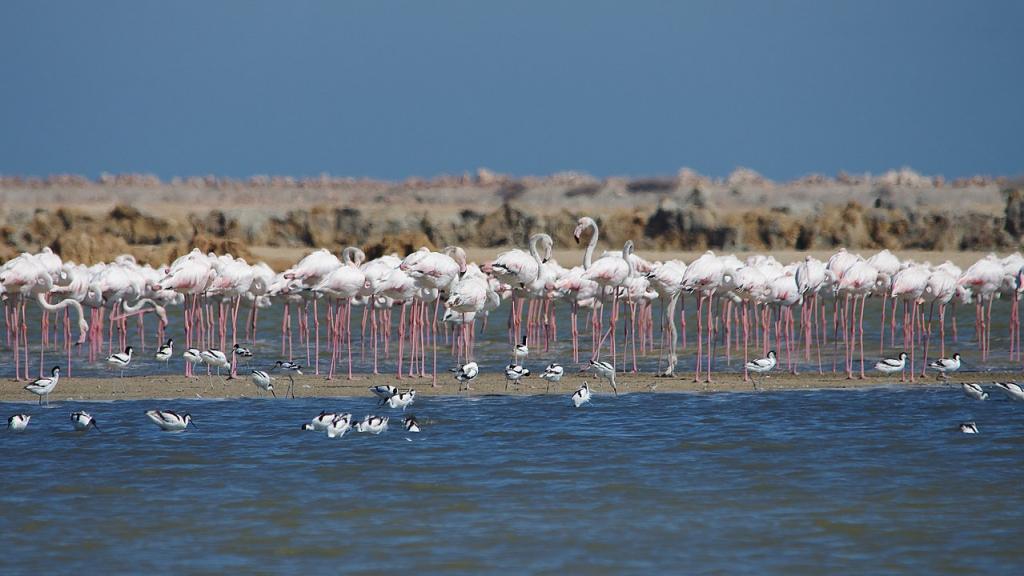 They are home to more than 100 species of birds in 33 families, including 80 wintering species. The density can reach 100,000 birds, making this reserve an exceptional Mediterranean wintering place. Some species, including the pink flamingo and the avocet, have settled down. Rare species can also be found (Little Egret, Marbled Teal, Little Tern...). The Thyna reserve is where the greatest number of species can be seen. They far exceed the number of birds found, for example, at the reserve of Ichkeul. They are home to several endangered species, out of a total of about 12 thousand birds". Thyna salinas play 3 roles: a (transitional) passage site, a wintering site and a nursery mainly for flamingos that spend the first 5 years of their life there before travelling to Turkey, Spain or Italy to nest and breed.

As a model of many projects implemented in the area by local economic operators since January 2011, comes the idea of genius of the association “Les Aventuriers”: investing in an unusual place for a new leisure and outdoor sports program. The association has been active for a while in bicycle tourism and offers cycling tours in the vast sublime salt flats of Thyna. The participants then take advantage of the beauty of the place and admire the diversity of the birds that nest there. Most important, it is especially when you take the kids, the track is easy reachable and protected.

The idea is promising and original. It is part of an ecological approach that makes it possible to exploit the natural richness of the country in a different way and to discover the region differently by highlighting its assets. The product brings a new leisure activity to the region of Sfax and constitutes a new attractive tourist product.

The salinas of Sfax-Thyna in Tunisia are among the Mediterranean saltpans that could benefit from the sustainable business model of the project MedArtSal based on the experience of the two testing case salinas La Esperanza in Spain and Sidi Al-Hani in Tunisia.