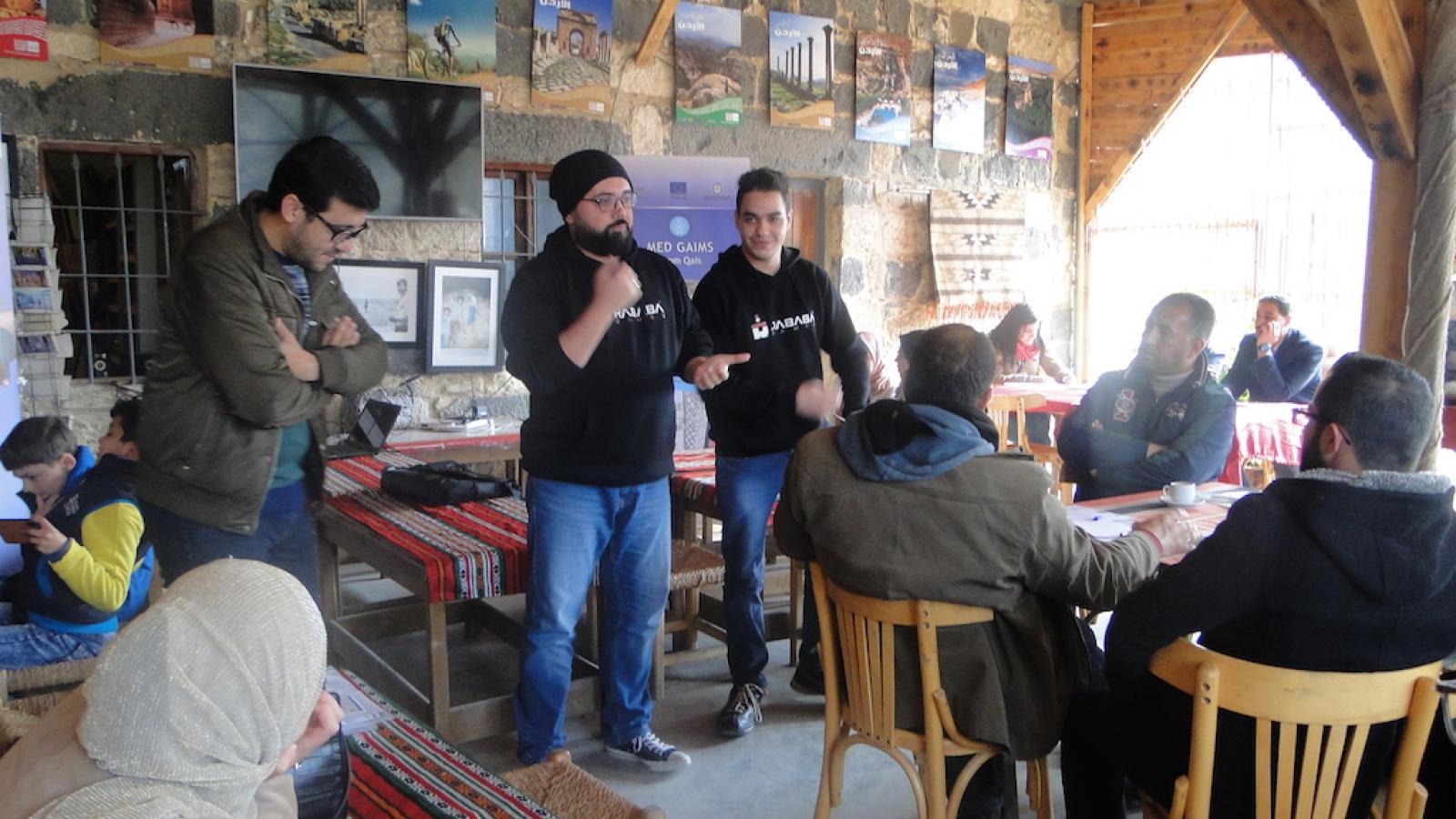 In an effort to spread awareness about the MED GAIMS project, several events were recently held in each participating country - Italy, Jordan, Lebanon and Spain - varying from ideation sessions to game jams.

In Lebanon, the team from the American University of Beirut met with the Directorate General of Antiquities (DGA) at the National Museum, where the project picked everybody’s brain with an analogy thinking methodology, reverse engineering popular games to come up with games that would work well in the context of tourism. The ideas were just flowing! 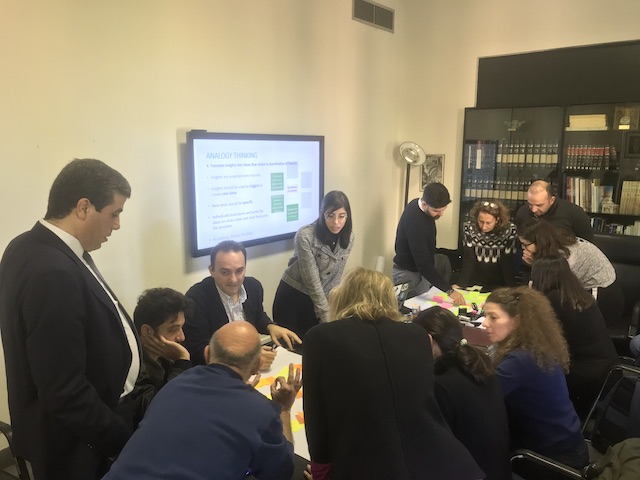 Meanwhile, the Jordan University of Science and Technology held its first MED GAIMS event in Um Qais, where six gaming companies participated along with the Jordanian Department of Antiquities (DoA) and individual stakeholders toured the Um Qais archeological site, then listened to two presentations given by the MED GAIMS project managers explaining the goal of the project and future funding opportunities. 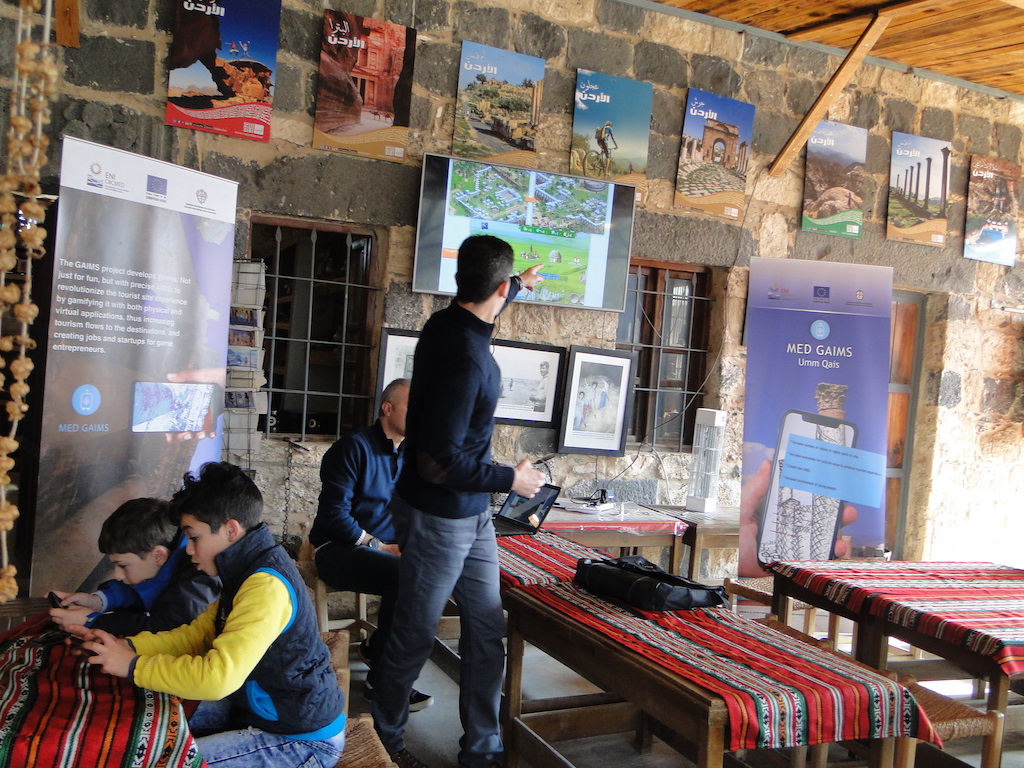 In addition, MED GAIMS was part of 2 events in Global Game Jam 2020 - the world's largest game jam event (game creation) taking place around the world at physical locations - one in Cagliari, Italy, and one at the premises of the innovation agency "Neàpolis", Spain (municipality of Vilanova i la Geltrú). Game designers and developers participating in the events were introduced to MED GAIMS, and made aware of funding opportunities for the project. The enthusiasm was palpable!

The MED GAIMS project ("GAmifIcation for Memorable tourist experienceS") aims to revamp tourism in the Mediterranean region by shifting the paradigm of tourism to an active interaction rather than a passive one. This will be achieved through gamification. One of the main output of the project will be the creation of 40 games applied to the promotion of cultural heritage in 4 counties, namely Italy, Jordan, Lebanon and Spain. For more information, please vist the project website.