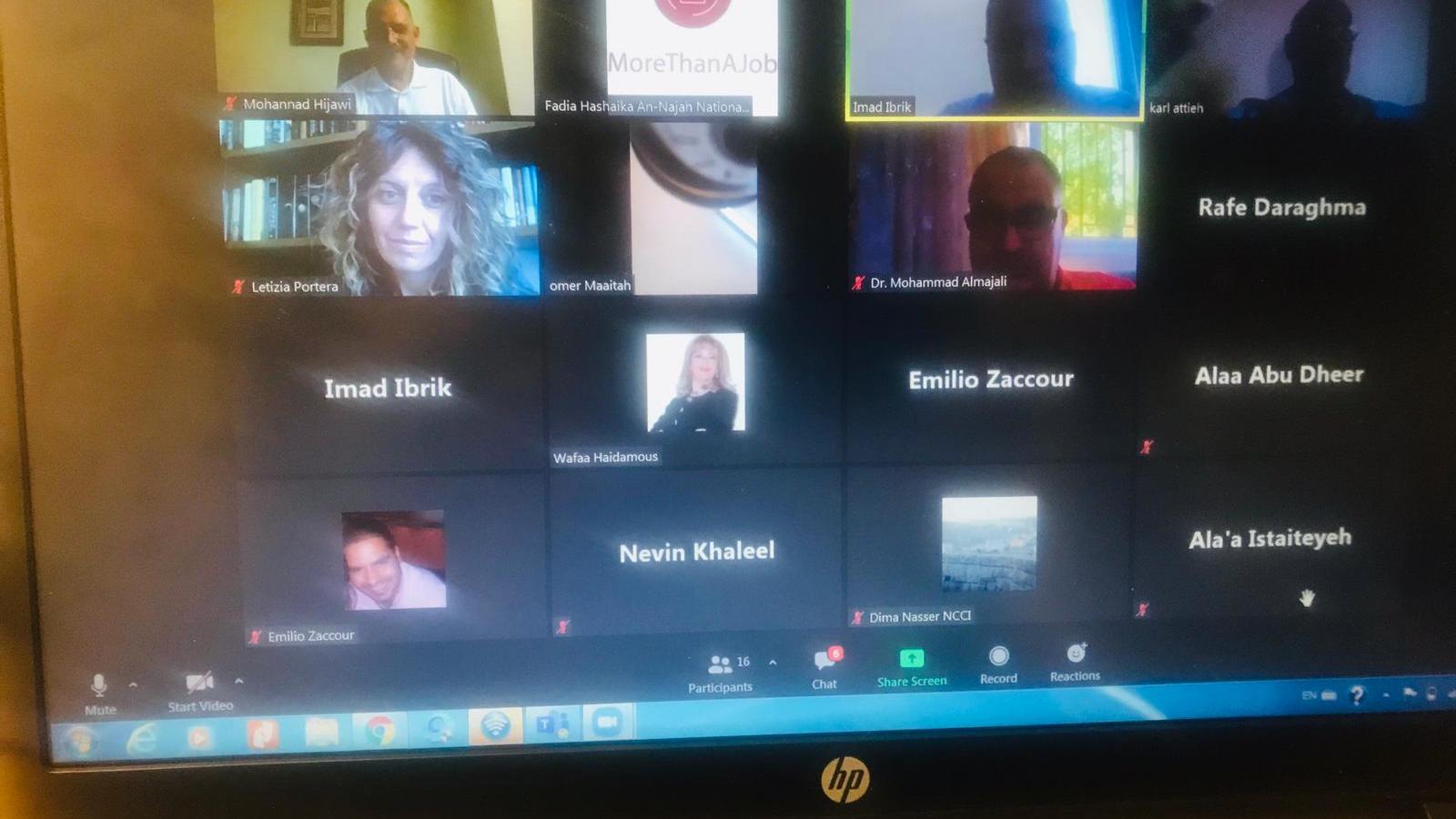 The partner team of the MoreThan AJob project organized a follow-up and coordination meeting on the 14th of Oct 2020, during which a status on the progress of the WP4 (Adaptation of existing policies in the field of unemployment, uneducated, and refugees) was presented and discussed.

This meeting was ended with the setting of a work plan for the next steps, planned activities, and deadlines to be respected and the importance to discuss the policy brief with Public Administrators in each country.

It should be noted that the policy brief is one of the main components of the project. It provides insights into the implications of “MoreThanAJob” Project outputs in participant countries through implementing the developed framework efficiently and effectively. Aimed at supporting the development and growth of the Social and Solidarity Economy (SSE), this brief proposes ways in which SSE should be reformed and improved from different aspects. This will directly maximize impact for the target groups.

The team discussed the "Policy Brief  Recommendations" which are necessary to strengthen the institutions and actors of SSE during the next year including public institutions training and involvement is a requirement for the change, which includes training programs targeting public institutions on the developed MoreThanAJob framework, also integrating and unifying the efforts from all stakeholders (including government and public administrations, non-profit organizations, private sectors…etc.). Such integration could be performed by initiating more dialogues, in order to come with a comprehensive and unified strategy, and building on the success stories and best practices developed so far in partners and in the other countries while seeking to accelerate and sustain new initiatives.

Thanks to the whole team for its motivation, involvement, and contribution.