First COMMON Steering Committee: from local to global fight against marine litter in the Mediterranean Sea

The 1st Steering Committee of COMMON project was hosted by University of Sousse, Tunisia from 18 to 20 February 2020 in the presence of all project partners in order to stake stock of the work carried out in the initial phase of the project and next activities to be implemented in the field of monitoring and prevention of marine litter.

The meeting opened with a public event, which saw the participation, among other, of the Deputy Director of University of Sousse, of the Director of National Institute of Marine Sciences and Technologies (INSTM) and of  theTunisian National Contact Point of ENI CBC Med Programme, Mrs. Samira Rafrafi.

During the meeting, the value of the project and the communication of its results were discussed, as well as the importance of a close cooperation between the Northern and the Southerns shores of Mediterranean area. Moreover, the first research studies about microplastics accumulation in commercial fish, sediments and sea worms related to Tunisia were presented. 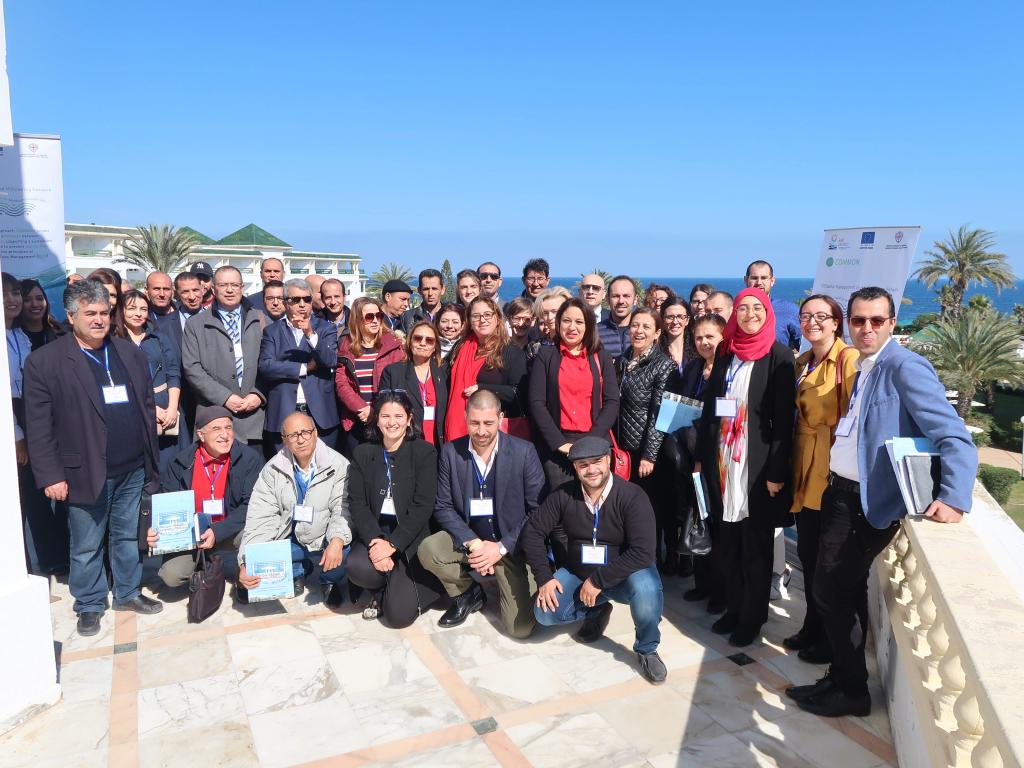 The event was also an opportunity to create and reinforce synergies with other key projects, such as BlueMed, Co-Evolve4BG, and the Horizon 2020 CLAIM and INDICIT II. The event also promoted the active involvement of local associations active in marine and beach litter, turtle rescue and initiatives with fishermen.

After a day of internal meeting, the event ended with a visit to the INSTM Turtle Rescue Centre of Monastir, one of COMMON pilot areas. Sampling on sea turtles and fish species by researchers of the Universities of Siena and Sousse were conducted to assess the level of microplastics ingested. This allowed to establish a first direct contact in view of the creation of a permanent network of Turtle Rescue Centres envigased under the project.