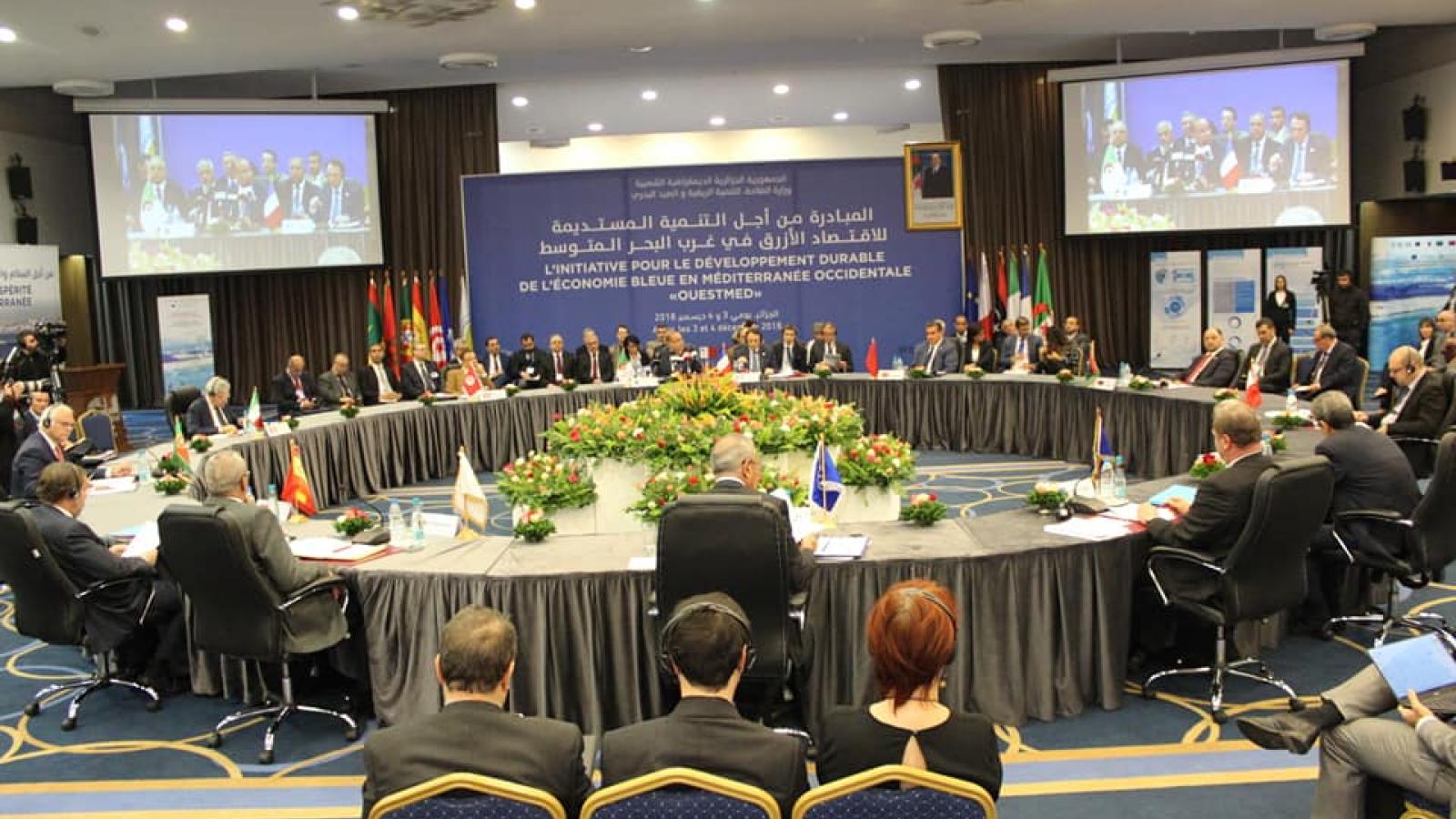 On the 4th of December in Algiers, Ministers of 10 Western Mediterranean countries, at the presence of the European Commission and the Union for the Mediterranean, adopted a declaration to strengthen maritime regional cooperation under the WestMED initiative. The declaration, which also includes a roadmap to develop sustainable blue economy in the region, identifies the ENI CBC Med Programme as one of the key initiatives to contribute to the WestMED cooperation strategy “by sharing its experience deriving from the results achieved by the projects funded within the previous programming period and those to be funded within the 2014-2020 Programming period.”

“Furthermore the strategic projects of the […] ENI CBC MED Programme could be a concrete way of contributing to capacity-building in Southern Mediterranean countries, particularly through participation in workshops, high-level conferences, events, networking activities, etc. financed within the framework of the abovementioned projects,” adds the document.

On the eve of the ministerial meeting, the Managing Authority participated in the stakeholder conference “Towards concrete blue actions in the western Mediterranean”. The cooperation and funding opportunities of the ENI CBC Med Programme in the blue economy sector were presented to over 300 participants. The conference fostered exchange of project ideas among regional maritime stakeholders (businesses, researchers and institutes, national and local authorities).

The WestMED initiative involves 10 countries from in and outside of the EU (Algeria, France, Italy, Libya, Malta, Mauritania, Morocco, Portugal, Spain and Tunisia) aims to develop a sustainable blue economy and generate growth, create jobs and provide a better living environment for Mediterranean populations, while preserving the services performed by the ecosystems.