DECOST to improve the waste management system of the municipality of Les Masies de Roda, Spain

The most ambitious DECOST pilot experience that will be carried out in Spain is about to start, after the delay imposed by the COVID-19 pandemic. Les Masies de Roda, a rural Catalan town in the province of Barcelona, will experience a radical change in its waste management system in the coming weeks: after years of suffering environmental negative effects and the extra cost of a container-based system, the municipality will start soon to implement a “door-to-door” waste collection model complemented with decentralized composters for the organic fraction.

The improvement of the “door-to-door” model, incorporating a network of community composters which will allow treating the 100% of the organic waste in the municipality, will be possible thanks to the ENI CBC Med funding through the DECOST project. The Mediterranean region has few experiences in using community composting as a system to close the loop for the entire organic waste fraction in small towns. The pilot experience in Les Masies de Roda, together with the DECOST pilots in Italy, Jordan and Palestine, will be of great interest to push for similar experiences on both shores of the Mediterranean.

The success of the community composting system is achieved as long as it is clear for all the stakeholders that this is a people-centered approach. In the case of Les Masies de Roda, local authorities and people from the BETA Tech. Center, coordinator of the DECOST project, will be responsible for the supervision of the new 15 composting points, but the role of citizens is crucial: in the end, they are the main actors, making the effort to adapt to the new system but also receiving the environmental and economic benefits in the future.

Information campaigns have a very relevant role under this approach, not only to keep people informed but also to get citizens positively involved: for example, during the logistic design some neighbors were directly consulted to take advantage of their local knowledge in choosing the final location of the composting areas. This has allowed them to have the opportunity to feel the DECOST project as their own, increasing the chances of success. 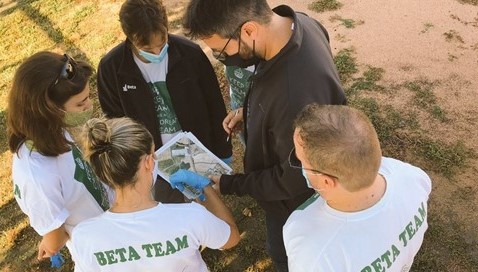 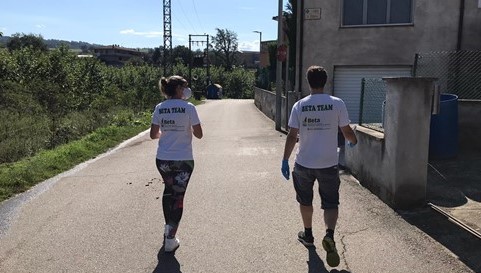 In parallel to the assembly of the new composting areas, during September a team from BETA Tech. Center has been visiting home by home the 300 hundred houses and farmhouses of Les Masies de Roda, distributing informative material and resolving on the ground some of the first doubts. Finally, the past 17th of September two large informative meetings were organized in the town hall, with the participation of 120 people in total. Joan Colón and Mabel Mora, form BETA Tech. Center, made a detailed explanation of the DECOST project and its pilot experiences, accompanied by all the members of the local government and the public/private company “Recollida de Residus d’Osona”, which will be in charge of the management of the other waste fractions.