A united Mediterranean in the fight against marine litter. From Palestine to France, from Italy to Greece, over 2000 people, armed with bags and gloves, took part in the appointment on the beaches of the whole Mediterranean with a single goal: to clean them and fight for a cleaner sea.
Clean Up The Med, Legambiente's awareness campaign on sustainable management and marine litter reduction, returned from 25 to 27 September for a weekend of mobilization that involved associations, universities, municipalities, public bodies, schools and citizens. A great environmental volunteer initiative promoted this year by COMMON (COastal Management and Monitoring Network for tackling marine litter in Mediterranean sea), a project funded by ENI CBC Med that involves Italy, Lebanon and Tunisia with the aim of protecting the coasts of the Mediterranean from the marine litter through sustainable management.

This year, at the end of a summer marked by a health emergency, around 100 organizations from 17 countries joined the initiative: Italy, France, Spain, Algeria, Lebanon, Tunisia, Egypt, Palestine, Croatia, Cyprus, Morocco , Malta, Jordan, North Macedonia, Turkey, Libya, and Greece. Over 25 kilometres of beach cleaned of waste, which show how the problem of neglect and bad disposal is common to the whole Mediterranean area: to the disposable plastics, ubiquitous and found in large quantities on the beaten coasts, are added cigarette butts, metal, textiles and worked wood. There is no shortage of gloves, masks and health devices related to the COVID-19 emergency.

Even this year, despite the difficulties, the campaign brought together many people in complete safety, a sign that the fight for a cleaner planet is a borderless priority ", comments Serena Carpentieri, deputy director of Legambiente Onlus, Lead Beneficiary of COMMON project. "In addition, the COMMON project has further strengthened the link with the southern Mediterranean and is creating a network of great value to design management interventions extended to the whole area, in order to reduce the problem of waste at sea also through common governance ".
Overall, over 2000 volunteers, aged 8 to 70, participated in the campaign, including children, university students, accommodation facilities, associations. All the initiatives were carried out in compliance with the protocols provided for by the COVID-19 emergency. The cleaning activities took place mainly on beaches located near urban centres and led to the collection of over 900 bags of waste, more than 13 tons in total.

Over 80% of the waste found is made up of plastic: first of all, bottles and bags, followed by caps, straws and glasses. In almost all the monitored beaches there are cigarette butts, and in 40% of the cleaned beaches gloves, masks or waste related to the mismanagement of PPE were found (in Libya, Spain, Greece, Croatia, Lebanon, Tunisia and Algeria in quantity greater).

The data that emerged from Clean Up The Med are in line with what was reported by tourists and residents in Mediterranean coastal areas who took part in the BEach CLEAN survey, a questionnaire on waste management promoted by the COMMON project and aimed mainly at strengthening the link between tourists and bathing establishments with a view to sustainability. 200 responses were collected from tourists and residents from 9 different countries: Italy, Lebanon, Tunisia, Algeria, Morocco, Spain, France, Holland, Albania and Latvia. Also in this case, the most commonly found waste are cigarette butts (37%) and plastic fragments (35%), followed by cotton swabs (6%) and pieces of polystyrene (4%). 30% of respondents noted the abandonment of PPE, and only half said they always take care to dispose of them correctly. Furthermore, 66% declare that tourist facilities have not adopted special measures to prevent the dispersion of PPE into the environment. 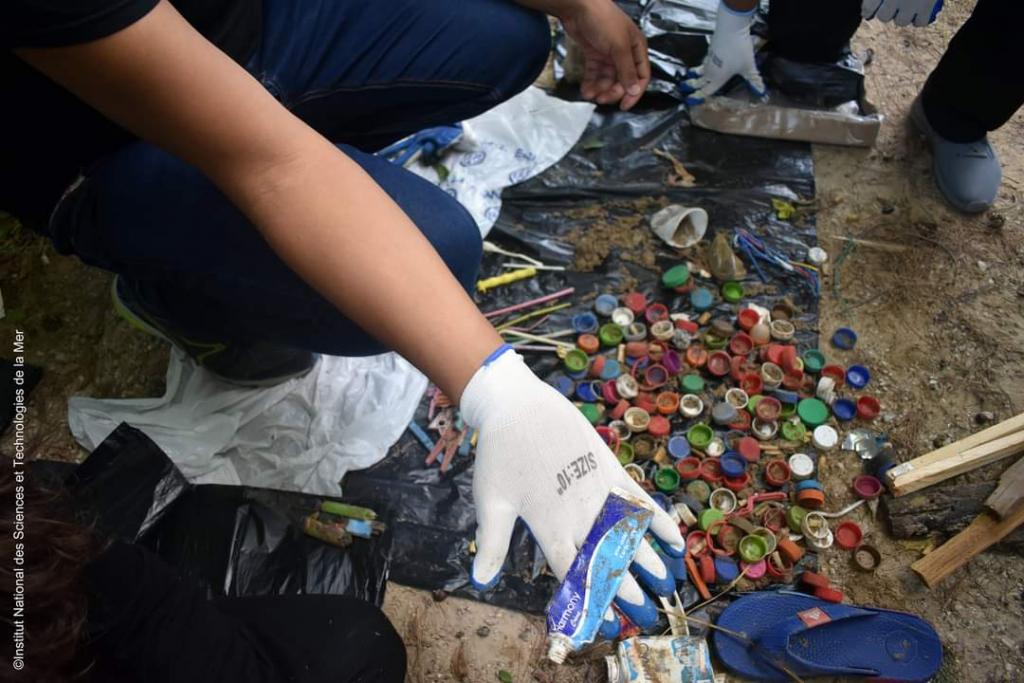 In addition to the lack of individual attention, there is a need to strengthen local and national awareness-raising actions and policies aimed at reducing marine litter: 64% of respondents say they are not always careful to separate waste, and 32% declares that is not possible to differentiate easily. Finally, 71% thinks that collection baskets along the beaches are not enough.
In the southern Mediterranean countries, a constant trend of increasing per capita waste production has emerged in recent years, with an average of 489 kg of waste per year, which is destined to increase in the future (+ 29% in 2030 and + 50% in 2050; source World Bank, 2018) as a result of population growth and the predominant linear economic paradigm. Even if the data available for the Southern Mediterranean countries are limited, an increase in the plastic fraction seems to emerge.

“Despite the improvements in recent decades, separate waste collection remains a significant problem in most of the southern Mediterranean countries”, concludes Serena Carpentieri. "A problem that can turn into the opportunity to improve the coverage and efficiency of differentiated, with significant environmental, social and economic impacts".