Celebrating the 25th anniversary of the Barcelona Process: ENI CBC Med Programme recognized as key initiative of the Euro-Mediterranean Partnership 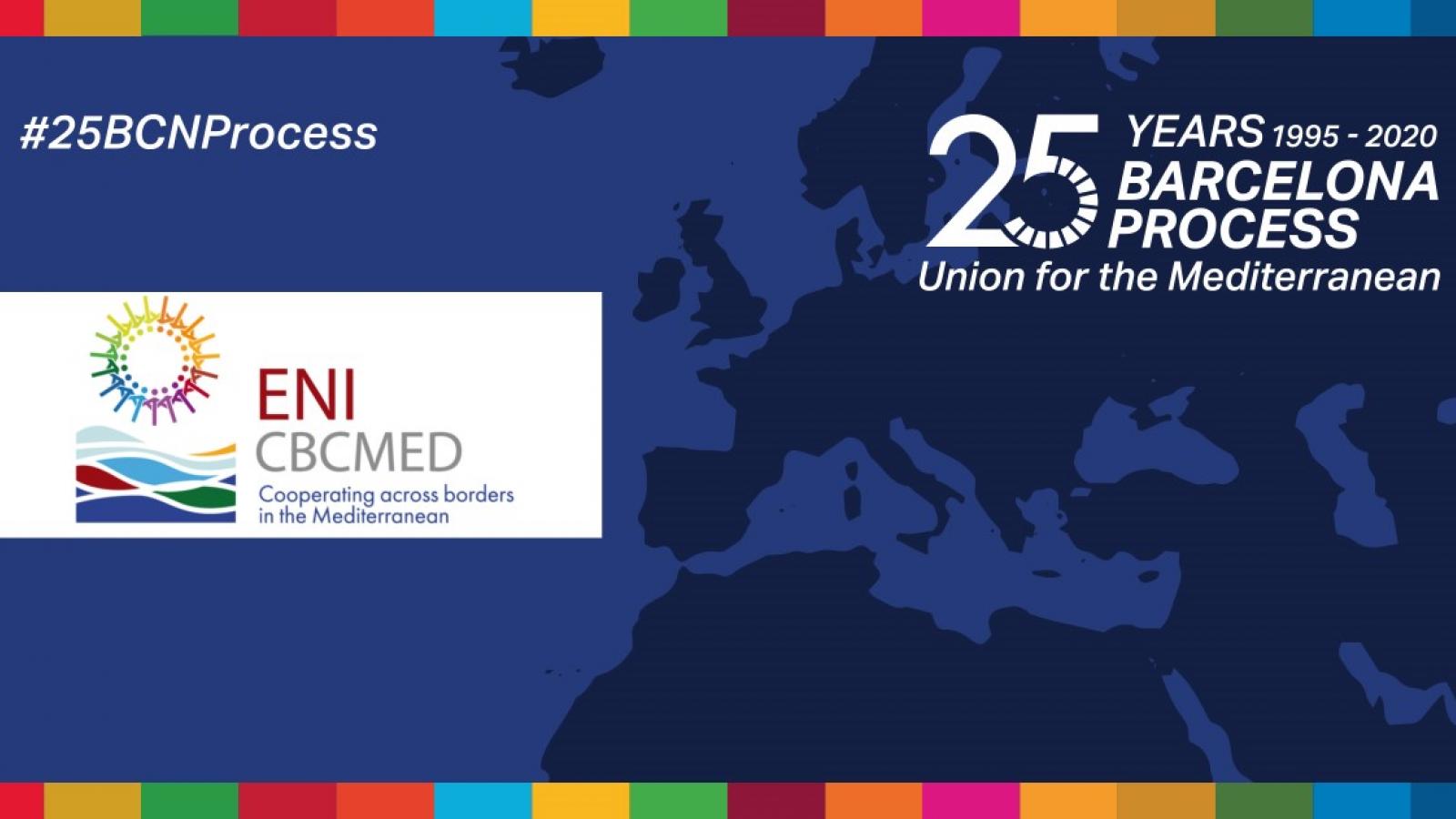 © Union for the Mediterranean/ENI CBC Med

The Programme has been selected by the Union for the Mediterranean as one of the successful initiatives to be showcased on the occasion of the 25th anniversary of the Barcelona Process.

The year 2020 marks the 25th anniversary of the Barcelona Process, launched in 1995 with the aim of strengthening such relations between Europe and the Southern Mediterranean countries. It is the time to take stock of what has been achieved during a quarter of a century of dialogue and cooperation as well as to reflect on the future of the Euro-Mediterranean Partnership.

During these 25 years, hundreds of initiatives have served as examples of this commitment in action. From large scale international projects to local initiatives, a consolidated network of cooperation has gradually developed and directly impacted the lives of millions of citizens.

On this occasion, the Union for the Mediterranean (UfM) has decided to give a special focus to people-to-people cooperation in the Mediterranean by showcasing successful initiatives promoted by the civil society across the Euro-Mediterranean region on priority areas such as climate action, water, local development, social inclusion, job creation, gender equality and youth empowerment. A virtual civil society conference will be held on the 25th of November with a view to highlighting successful initiatives and projects from relevant actors that promote on a daily basis Euro-Mediterranean cooperation on the ground: the ENI CBC Med Programme is one of them. The Programme, along with 10 of its projects have been selected by the Co-Presidency of the Union for the Mediterranean – Jordan and the European External Action Service - as a key partner of the Civil Society Forum.

The Civil Society Forum will be followed by the 5th UfM Regional Forum on 27 November 2020. The meeting will bring together the Ministers of Foreign Affairs of the UfM Member States to reaffirm their commitment to the principles of the Barcelona Process and reiterate their engagement in Euro-Mediterranean dialogue and cooperation through the Union for the Mediterranean.

10 of our successful initiatives promoted by civil society actors were selected to showcase the achievements of people-to-people cooperation during a virtual exhibition on topics such as climate action, environment, and water to local development, social inclusion, job creation, and women and youth empowerment.

Get to know and connect with these initiatives by visiting the following virtual booths:

On 24 November, three working sessions will be organised to explore the role of civil society actors in addressing major challenges faced by the region, namely environment and climate change, gender equality and social inclusion. The sessions, co-organised by UfM partners, will give an additional space to the 25 selected projects to discuss action on the ground, and draw operational conclusions and recommendations to be shared during the forum “The future of Euromed civil society +25 - Future perspectives for civil society cooperation in the Mediterranean".

The Managing Authority of the ENI CBC Med Programme has been chosen by the Union for the Mediterranean to moderate the working session on “Civil society & environment and climate action” in which the Med-EcoSuRe “Mediterranean University as Catalyst for Eco-Sustainable Renovation” project will participate.

Other two of our projects – namely RUWOMED “Supporting and connecting rural women’s traditional know how in the Mediterranean through the promotion of fair trade products” and TEC-MED “Development of a Transcultural social-ethical-care model for dependent population in Mediterranean basin” will be respectively involved in the working sessions “Civil society & gender equality” and “Civil society & social inclusion”.