The Municipality of Nicosia, owner of the listed heritage building ‘The British Cavalry Club’, has agreed to involve the Cyprus Institute in the conservation planning and energy improvement study of the building. The Cyprus pilot building is of great historical value, with architectural influences of colonial style. It is located at a very close distance to Nicosia’s buffer zone, where biocommunal activities take place. The future occupants of the building, The Society of Cypriot Studies, aims to convert the currently abandoned structure into the Cyprus Folk Art Museum.

The building was constructed by the British Military Forces to host the club of their Cavalry and was later converted into barracks for the Danish Canadian extract in Cyprus. The building was abandoned after the Danish Canadian extract has left the island, and since the war of 1974 the auxiliary spaces of the building (stable & dormitory) have been occupied by a citizens’ initiative ‘The Association of Unified Free Karpasians’. 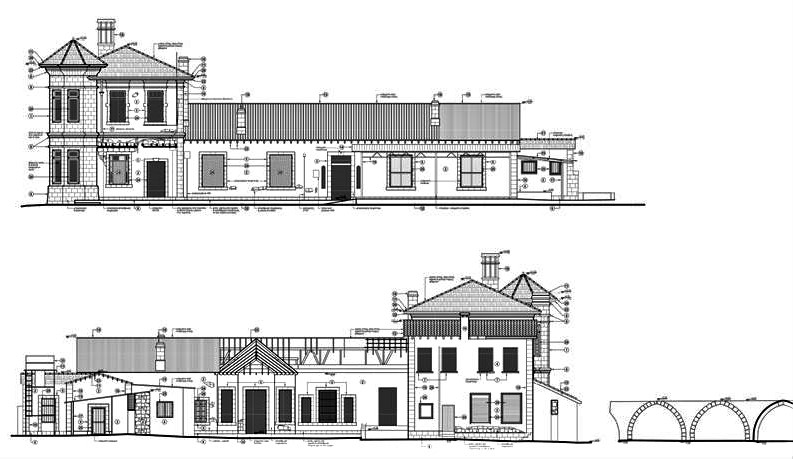 The building has an internal courtyard that includes a large open-air terrace on the ground floor, with perimeter stone arches and views of the Arab-Ahmet mansions to the east (across the moat of the medieval Walls of historic Nicosia). Below the fencing wall of its courtyard is the moat of the Walls, part of which is used as the Stadium of ‘Tsittyn Kaya’, within the UN-controlled Buffer zone.

The building has a sloping roof with tiles and is made of carved stone masonry (local sandstone). It is rich in architectural features of the period, including 9 fireplaces in the interior spaces, and many details that betray its significant historical value, such as the tall, angular stone turret that dominates the façade.

The neighborhood of the building is of particular importance to the history of Nicosia, due to its proximity to the Buffer Zone and specifically to a principle checkpoint crossing between the two communities. Since the opening of the borders in 2004 the building was no longer considered as a traditional ‘frontier’. Instead, it increased the confidence of the inhabitants of Nicosia who seek its rehabilitation for reactivating the two communities’ collective past.

The Municipality of Nicosia is responsible for the building, where similarly to all listed heritage buildings, it needs to cope with the conservation advice articulated by the Department of Antiquities and regulated by the Town Planning and Housing Authority (Department of Conservation). In their first technical meeting, The Cyprus Institute team and the relevant officers of the Municipality of Nicosia exchanged valuable information regarding the heritage building’s historic data, information about its existing state and potential restrictions regarding its conservation upgrade. The two parties discussed the potential level of intervention for the pilot case and its energy upgrading, including the possibility of achieving a Nearly Zero Energy Building (NZEB) level.