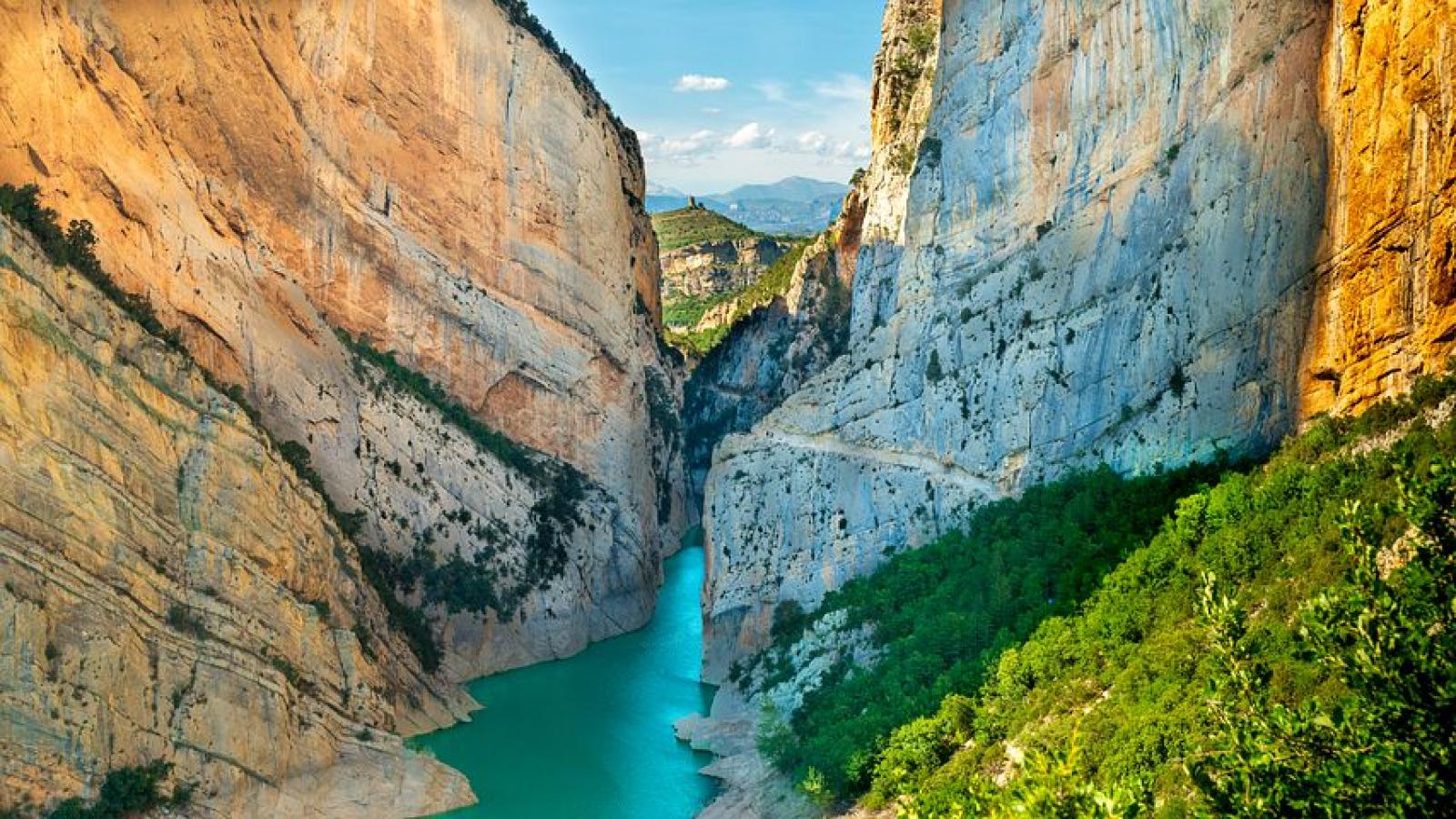 Up until very recently, Congost de Mont-rebei, an astonishing gorge located in between the two provinces of Lleida and Huesca, could be considered one of the least known but most impressive natural jewels of Catalonia. Over the last few years, its sheer beauty made its fame grow, gaining the area much deserved recognition. Although Congost de Mont-rebei grew in popularity, its touristic volume remains quite low. Such slow activity is mainly due to the location of the gorge. It has inconvenient access due to complicated roads leading up to the sight, as well as the 3 hour drive from Barcelona. With that being said, off-seasons at Congost de Mont Rebei is the perfect time to make a quiet and calm adventure tourism getaway. The low touristic activity combined with the extraordinary location is the receipt for a successful ‘one with nature’ retreat.

The natural make of the gorge is formed around river Noguera Ribagorçana and crosses Sierra del Montsec (from North to South). Some of its tightest parts in size and width can come down to only 20 m. Congost de Mont-rebei belongs to the NogueraRibagorçana-Mont-rebei Parcial Natural Reserve, and was acquired in 1999 by a  foundation called ‘Fundación Catalunya - La Pedrera’. Since then, the gorge has been managed and protected by them.

There are multiple ways to access the gorge. Each way provides visitors with a unique experience that tailors to their preference or comfort level, and you are about to learn them all! The most popular amongst them starts from La Masieta, an old farmhouse that serves as an information point. From there, a signposted path leads about 3,5 km along the river passing a shaky suspension bridge. A considerable part of the path is dug into the rock at a height of up to 40 m, where nothing is left in between you and the abyss but a light breeze of air. You can extend the walk for about another kilometer until you reach a second suspension bridge. At this point, for those who dare, can climb a set of steep wooden stairs built vertically on a wall. If you make it to the top, you will have arrived to a warm and cozy hostel called Montfalcó. This is a truly adventurous route, where even those used to pressure and altitude may avoid.

There are other hiking trails leading to and along the gorge, most of which are more demanding but at least equally rewarding. Some of them are also suitable for fun bike rides. The common denominator between all trails is the breath-taking views overlooking the gorge and river. The scenery will leave you with speechless and enhance your respect and love for the power of nature.

Another option to discover the site is through the activity of kayaking. This allows you to enjoy the scenic spectacle through a different perspective and unique lens. The excursion can be accompanied by a a guide or can be done individually. It usually starts from the jetty in a small town named Corçà, which flows down stream passing the hermitages of La Pertusa and Santa Criteria. If you prefer to avoid the risk of getting wet and having your hands free to take photos, a second option allowing you to explore the gorge from the waterside is available. This route is a quiet departure by catamaran. Regardless of the route chosen, you will get the chance to marvel at the walls rising above the riverbank and watch the turquoise water slowly drift down the gorge carving, making its way into the rocks as it has done for thousands of years. 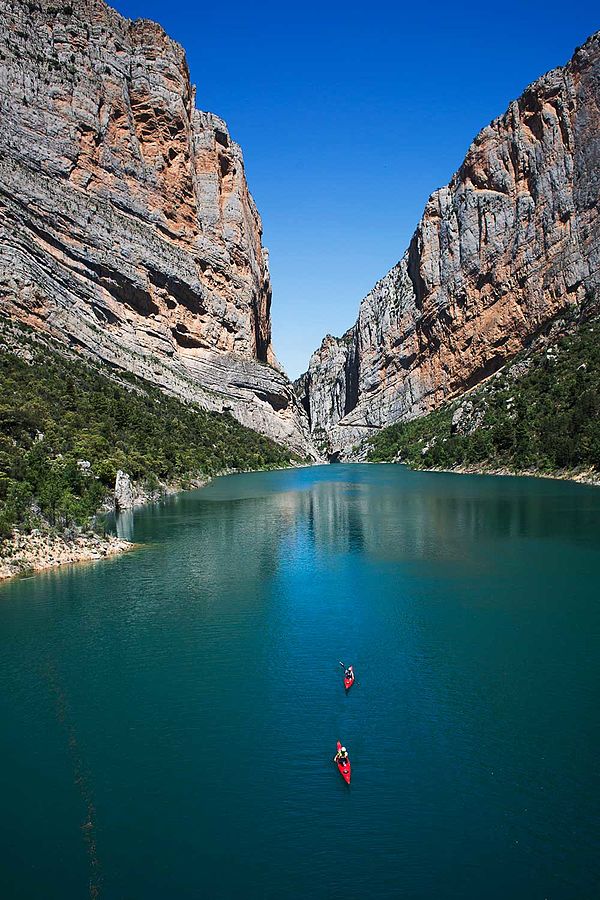 Last but certainly not least, the natural space with vertical walls up to 500 m is a surreal paradise for climbers. During the months of July and November, climbing is available. Between the months of December and June, is bird nesting season on the stone cliffs ultimately making climbing nearly impossible. However, this creates another fun activity of bird watching.  Bird watchers will most certainly enjoy this natural spectacle. If you get lucky, you may be able to spot the cinereous vulture, a bird whose sighting in recent years has become more frequent. During this experience, bird watchers will encounter many other southern European species that inhabit the area. Therefore, it is advised to bring along a pair of binoculars to better appreciate the scenic area filled with majestic birds.