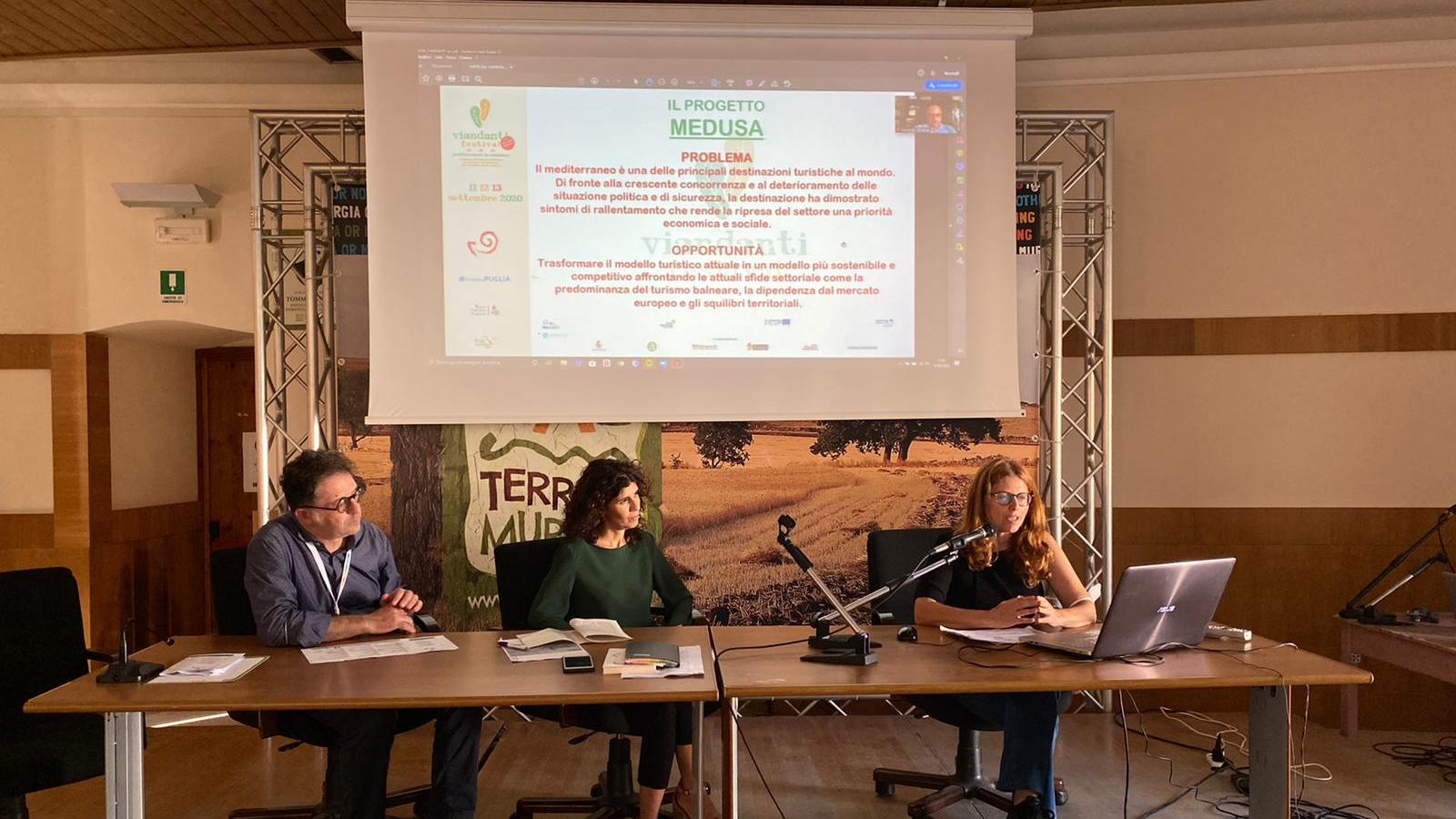 The second edition of the Viandanti Festival was held in Puglia, in the cities of Altamura and Santeramo, from 11 to 13 September 2020. The context of the festival aimed to gather experts, interested parties, tourists, and cultural operators and wayfarers around the theme of the Apulian Routes, which today constitutes the largest intangible, spiritual, cultural, and relational infrastructure of the Region. The aim of the festival was to foster, in an atmosphere of joy, between walks, music, and meetings, the growth of this increasingly important infrastructure, feeding its civil awareness as a common good.

The festival was an opportunity to present to the community the European Territorial Cooperation projects in the field of slow mobility, cultural routes, and sustainable tourism that the Department of Tourism, Economy of Culture and Valorization of Territory is carrying out, including MEDUSA. It was an occasion for discussing the added value of adventure tourism for Apulian territory and deepening the objectives and actions of MEDUSA project in the identified pilot areas.

As a matter of fact, the festival wants to focus on the Apulian Routes not only as a tourism and sport environment but also as the possibility to live another model of life, as a civil and spiritual act, focusing attention on both dimensions. In the 2020 edition, acknowledging that people who are directly / indirectly involved in the practice of walking are very sensitive to the aspects of environmental protection, Puglia Region intends to enhance the symbolic dimension of wayfaring and the values ​​it expresses as an inspiring practice of the new post-Covid normality.

الأعمال
الفعاليات
المشاريع
Back to project